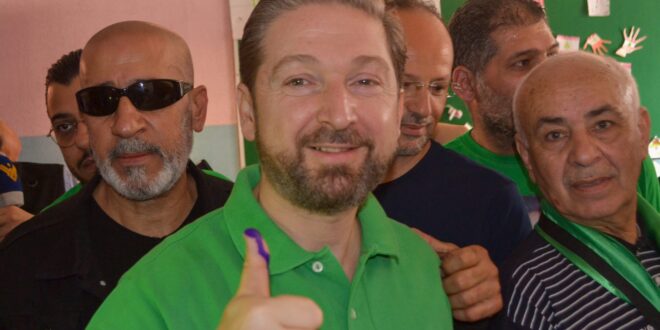 In many aspects, the results of the Lebanese elections last Sunday were surprising. Not only because of the score achieved by the groups representing the 17th of October uprising, which were able to seize 14 out of the 128 seats in parliament, but also because voters eliminated many figures, central to Lebanese politics. In particular, MPs and candidates known for their close ties with Bashar al-Assad and his regime lost their seats, often to new candidates representing the October movement.

This is the case, for example, of Talal Arselane, former Druze MP of Aley, who belongs to the “pro-Syrian camp”. Arselane lost his seat to Marc Daou, a candidate on the “United for Change” list and founder of the “Taqqadom” party (Progress). Similarly, Wiam Wahhab, a candidate in the Chouf district, was defeated by the candidate of Walid Joumblatt, Marwane Hamadeh.

In Tripoli, Faisal Karame, also known for his proximity with Damascus and often cited as a potential Prime minister, was not able to maintain his seat in Parliament, having lost to Rami Fanj. Fanj is a militant and a doctor who was arrested by the security forces in 2019 after he distributed food to protesters in the capital of North Lebanon.

In the Bekaa II (West-Bekaa, Rachaya) district, which borders Syria, the movements affiliated with the uprising were able to block the March 8th (pro-Syrian) bloc from taking advantage of Saad Hariri’s absence. In fact, the “Our plain and the mountain” list was able to grab a seat, taking it away from Eli Ferzli, the vice-President of Parliament. Ferzli, who originates from Zahle, started his political career when he built ties with Syrian officers present in the Bekaa. He is also a major shareholder in the Intercontinental Bank of Lebanon and a staunch supporter of an electoral law that would prevent Lebanese citizens from voting for candidates from other sectarian groups.

In the South of Lebanon, a stronghold of Hezbollah and his pro-Syrian allies, Marwane Kheireddine (Druze), a banker close to Talal Arselane, and Assaad Hardane (Greek-orthodox), former leader of the Syrian Social Nationalist Party (SSNP) in Lebanon, were both defeated at the hand of the thawra (uprising). The Druze seat was taken by Firas Hamdan, a lawyer defending the interest of depositors, as Lebanese banks have been imposing a de-facto capital control for over two years. As for the Greek-orthodox seat, it was taken by Elias Jaradi, a Medical doctor.

Post Views: 76
Previous The Time to Incentivize the Kosovo-Serbia Dialogue is Now
Next Erdogan Insists on Changing Northern Syria Demographics