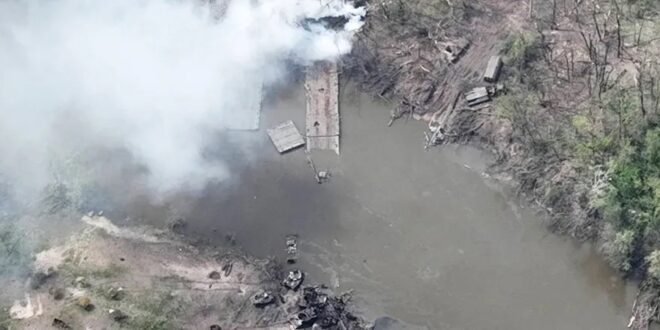 While Defence Intelligence’s daily briefings have garnered praise, the emphasis has been on publicity over analytical quality.

In the world of secret intelligence, at least in the UK, such is the mystique surrounding the various agencies that a rare public speech by ‘C’ or the head of GCHQ is treated as a ‘must watch’ event and the words of the intelligence chiefs are assumed to hold great significance. Traditionally, intelligence released into the public domain has tended to be infrequent, indirectly attributed or deliberately obscured.

The Russian invasion of Ukraine has led to a partial break with this established practice. Shortly before the invasion, and ever since, Defence Intelligence (DI), the intelligence arm of the UK’s Ministry of Defence (MoD), has been releasing daily intelligence updates on Twitter. There are two types of updates. Once a day, a map will be released showing Russian attack and troop locations, those areas of Ukraine under Russian control or being contested, as well as likely axes of advance of both sides’ military forces. In addition, since 24 February, there have been between one and three daily intelligence updates, each containing bullet-pointed information and analysis.

The unprecedented nature of these tweets has led to a great deal of commentary and praise. When announcing the promotion of the DI chief, Lieutenant General Sir James Hockenhull, to lead the UK’s Strategic Command, Defence Secretary Ben Wallace referred to his ‘extraordinary impact on Defence, including vital work most recently in supporting the crisis in Ukraine, declassifying Defence Intelligence products to help inform the public in a way that we have not seen before’.

Yet if one mentally disassociates the institution that generates the tweets from the substance they contain, a less flattering picture emerges. In short, the intelligence the tweets contain does not impress. Not only is the intelligence devoid of useful facts and insightful judgements, the style and attention to detail leave much to be desired as well.

The lack of substance is the most remarkable aspect of the DI updates. In some instances, the updates reflect views that are so obvious one cannot help wondering how this constitutes ‘intelligence’. For instance, the 1 March update includes the following line: ‘The use of heavy artillery in densely populated urban areas greatly increases the risk of civilian casualties’. By comparison, numerous analysts, such as Lawrence Freedman and Michael Kofman, relying only on open sources, have provided more meaningful analyses, and most of what is reported in the DI updates will have already appeared in the mainstream media and on social media, sometimes days beforehand.

Despite the substantive shortcomings of the DI updates, they still receive considerable attention, and it remains the MoD’s policy to continue releasing them. In this sense, the updates are primarily used to gain publicity, essentially the intelligence equivalent of a media event. The analyses are considered important because they derive from an intelligence organisation, and one must pay attention not because they offer any superior analysis but due to their official authorship. Instead of the motive for their release being about promoting a pro-Ukraine narrative, the primary purpose seems to be putting DI and the MoD in the spotlight.

The material provided in the updates is at best only a fraction of what is normally provided in daily briefings to ministers and other officials. Rather than the material being generated solely for the purpose of producing the daily updates, it is probably cherry-picked from the classified briefings. It may be some time before insiders’ accounts are made available that can reveal policymakers’ motivations and decisions about what material to release or withhold. Nevertheless, it is still possible to shed some useful light on these matters. For instance, there is evidence of some degree of politicisation and service politics affecting the selection of topics, although this is limited to a relatively small percentage of the total. Of key concern is that the analysis is too one-sided as it looks almost exclusively at Russian actions and avoids any substantive examination of the Ukrainian side. While it may well be the case that classified briefings contain useful analyses of the Ukrainian armed forces, and that these analyses are being deliberately withheld, there are also good reasons to doubt this.

As the intelligence produced during the two decades of the Afghan war, as well as the intelligence produced in any number of earlier wars demonstrates, intelligence organisations have a tendency to focus on Red (enemy forces) rather than Blue (friendly forces), nor do they pay much attention to the interaction between Red and Blue. In other words, despite the ostensibly self-evident need for a holistic understanding of the war, there tends to be little desire to analyse the strengths, weaknesses and intentions of one’s allies, most likely due to fear of embarrassment if negative analyses are leaked. In Vietnam, there was always a high demand on the part of US policymakers and generals to learn about the North Vietnamese and Viet Cong, but little interest in learning about the South Vietnamese. If US allies were corrupt and incompetent this was something policymakers preferred not to be told by their intelligence officials. More recently in Iraq and Afghanistan, there was limited demand for critical assessments of the political leadership and military capabilities of the governments being supported.

With respect to Ukraine, this phenomenon will almost certainly be exacerbated by the fact that Ukraine was never much of an intelligence priority in the way Russia was. Consequently, the available expertise on Ukraine would have been negligible prior to the war, with few if any analysts devoted to studying the Ukrainian armed forces in the same sort of detailed manner that they studied the Russian armed forces. It should be recalled that prior to the 2014 annexation of Crimea, even expertise on Russia was lacking. This is not to say there was no expertise at all available, only that the number of analysts focused on the topic was quite limited. By contrast, after 2014, as the prospect of a resurgent Russia led to a significant increase in analytical resources focused on the Russian ‘threat’, the emphasis was on the threat to NATO rather than the threat to Ukraine.

Amid the applause for warning of the Russian invasion, there is also a notable intelligence failure that has been overlooked, namely the inability to accurately predict Ukraine’s resilience and ability to defend itself. This was not so much a matter of overestimating Russian strengths and underplaying their weaknesses as it was underestimating Ukrainian strengths and overestimating their weaknesses. Therefore, that the DI slides are one-sided should not be presumed a deliberate effort to paint a negative picture of Russian actions. Instead, the near exclusive focus on Russia is consistent with the longstanding weakness of intelligence agencies concentrating on adversaries rather than seeking a comprehensive understanding of all the relevant parties involved.

Most likely, the decision to release the updates was not taken with any serious consideration of long-term sustainability. The degree to which they reflect positively on DI, and the MoD more generally, will need to be counterbalanced by the inevitable institutional strains that are imposed by the requirement to find and declassify suitable material. Just as the analytical updates have switched from twice or thrice daily to a single release, it would be unsurprising if there is a switch to a less frequent posting, perhaps once per week, especially as the period of intense combat gradually dies down, or it may be decided to abandon them altogether. Whether the experience of providing updates gained in this war will still be viewed favourably in the weeks and months ahead is difficult to say, but to the extent there is a positive recollection this will be limited to the publicity gained rather than the quality of analysis.

Post Views: 53
Previous No War for Old Spies: Putin, the Kremlin and Intelligence
Next Making Peace with the Paris Agreement