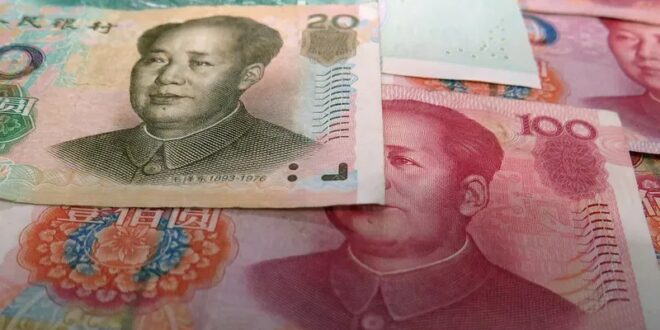 Economic Challenges As The Fundamentals Of China’s Fiscal Issues

China’s Central Comprehensive Deepening Reform Commission (hereafter referred to as the Reform Commission) has recently highlighted the issue of fiscal and taxation system reform. The Reform Commission mandates that the sub-provincial fiscal system carry out the reform strategy outlined in the “14th Five-Year Plan”, where it is recommended to adhere to the essential concepts of improving inter-governmental fiscal relations. This system will come in place right after the central and local tax-sharing system’s principle and shall follow the Party Central Committee’s centralized and unified leadership. These would include clarifying fiscal powers and expenditure responsibilities, rationalizing inter-governmental relations, improving the transfer payment system, establishing and improving the financial system adjustment mechanism, and standardizing financial management. The purpose is to consolidate the local governments’ risk prevention and control responsibilities at all levels. By improving the long-term mechanism for preventing and resolving hidden debt risks, this reform would resolutely curb the rising trend of hidden debt. While strictly investigating illegal debt financing, financial discipline is necessary to maintain financial law and order to improve accounting supervision mechanism.

According to the researchers at ANBOUND, the proposed fiscal reform is a long-term strategy with specific economic context and implications. Although the “core framework of the tax-sharing system” and the “basic principles of intergovernmental fiscal relations” are still adhered to, the reform is not necessarily a fundamental change. The central and local fiscal and tax distribution patterns, established by the tax-sharing system have not changed much. It seems doubtful that the current fiscal framework might yield economic gains. This framework is about releasing institutional resources to promote financial growth.

In the wake of the COVID-19 pandemic, this structural fiscal reform will help address local fiscal crises. Meanwhile, such reform will enhance fiscal resilience as economic stress mounts, promising economic stability and risk hedging. The emphasis on local risk hedging, fiscal discipline, and other issues highlights that local governments are increasingly restrictive on general budgets, including fiscal spending and fiscal leadership.

The evolution and reform history of the recent Chinese fiscal system, including its tax-sharing system reform, states that almost every fiscal reform was implemented under pressure. These difficulties are in the form of increased fiscal revenue and expenditure, as well as fiscal and tax resources depletion. The same applies to this proposed reform of the sub-provincial fiscal system. From the “13th Five-Year Plan” to the “14th Five-Year Plan”, the sub-provincial fiscal system has been proposed as a major reform task. This proposal was brought about as a result of the slowdown in economic growth, increasing local financial pressure, and heavy government debt. The concern is not only the consequences of the reform of the tax-sharing system but also the institutional collision of the local government’s expectation to increase fiscal expenditure to promote regional economic growth. The fundamental issue is the continuous deterioration of fiscal revenue and expenditure under the downward pressure on the economy.

There are several factors that will further widen the local fiscal gap. These would encompass the increasing downward pressure on the economy under the current pandemic condition, as well as the fiscal support of tax and fee reductions, as well as fiscal and taxation reforms to expand financial support for investment. Many economically backward cities and counties will have a harder time promoting investment and life security. The continuous spread of the local financial crisis has made the discrepancy in the allocation of financial resources more prominent.

In such situations, the provinces should carry out some adjustments and reorganizations. These initiatives are needed to enhance the reallocation of provincial financial resources, optimize the central transfer payments, and enrich the national finances while achieving financial stability. However, as far as the expected repercussion is concerned, the recovery of grass-roots finance is still limited. Furthermore, there is a large gap in strengthening financial security within the budget. Local governments still need to balance finance and the market. In addition to removing the dependence and constraints on land finance, the local governments must also seek ways to achieve a virtuous circle of economic development and fiscal revenue and expenditure.

The focus of fiscal reform has always been on issues concerning: the current fiscal system, taxation, and administrative systems, central and local governments, financial and administrative departments, local investment and financing mechanisms, and debt resolution. Financial reforms in the past have often revolved around the distribution of fiscal and administrative authorities between the central and local governments. At present, the division of central and provincial fiscal authorities and responsibilities has been determined. The division of fiscal authority and responsibilities at the sub-provincial level and the rationalization of the mechanism are a process of continuous adjustment and optimization. Fundamentally, the root cause of the fiscal issues lies in the expansion of financial resources. This means that the economy needs continued growth to increase tax revenue, which is the basis of fiscal reform.

Social Unrest Is Rising, Adding To Risks For Global Economy

China Treads A Fine Line On The Russia–Ukraine War 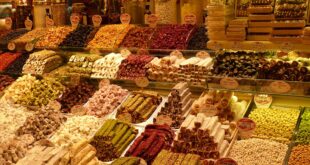 Sweden and Finland recently abandoned their historic neutrality and declared their intent to join NATO. …