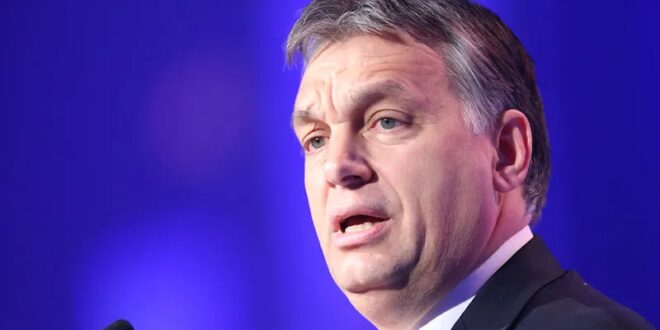 Although Russia’s invasion of Ukraine pushed many European issues to the back burner, Hungary has managed to claw its way back into the headlines. After decisively winning reelection, Viktor Orban is taking immense heat for blocking European Union (EU) sanctions on Russia’s oil industry and is the keynote speaker of the Conservative Political Action Conference, which is being held in Budapest today and tomorrow. The usual condemnations and defenses of the controversial Hungarian miss the point, however: Orban may have created for himself a prominent role in European politics, but ultimately, he depends on his neighbors for influence and on Germany for survival.

Many Americans, particularly of a nationalist bent, see Orban as a folk hero. His self-described “illiberal democracy” is a finger in the eye of the EU’s overweening technocrats and their pompous declarations about the rule of law and ever-shifting notions of human rights. His opposition to Muslim immigration, skepticism of LGBT causes, and pro-natalist policies are great examples of social conservatism. Not only that, he stands up to big international liberal donors like George Soros, whose Central European University was undermining the Hungarian nation by issuing degrees in nonsense fields like gender studies before it was driven out of Budapest, and he financially supports other European nationalists.

To his opponents, these are but a partial list of Orban’s sins. He is not only a bigot to sexual and religious minorities; he is also an enemy of democracy. His friends and allies grow rich off taxpayer funds, his government harasses critical media, his elections are rigged before the voting even starts, and his political opposition is neutered. He is as much a friend to his fellow autocrats as he is a foe to democracy. Soros’s university is unwelcome in Budapest, but a new campus for China’s Fudan University is welcomed with open arms. Xi Jinping’s signature Belt and Road Initiative runs through Hungary, and Orban himself says that he vetoed sanctions over human rights violations in Hong Kong as part of his program to “prevent the reemergence of Cold War policies and culture in world politics.” Orban’s toadying for Russia is only one of the dangers he creates for his neighbors and the world.

Although both diagnoses of Orbanism have some merit, they overstate his role in European politics. Hungary lacks the economic and demographic heft to act as a true leader of Europe. What Budapest can do is carve out a role that is slightly different from its neighbors in the regional order and try to benefit from the difference. During the Cold War, the limited reforms of “Goulash Communism” allowed Hungarians to enjoy a marginally better quality of life than their neighbors while remaining firmly entrenched behind the Iron Curtain. Orban’s “illiberal democracy” is a way for him to differentiate himself from his neighbors and pocket some Chinese and Russian cash while still keeping the benefits he receives from the EU.

To fulfill any larger ambitions, Orban needs European partners, but his Russia stance is driving them away. The other three members of the Visegrad Group used to be his closest partners on the continent, but Slovak and Czech voters have replaced his populist allies with new governments, and Poland is vying with Britain to be Ukraine’s greatest supporter: Last month, Poland’s political leadership warned Orban publicly that “we cannot cooperate as we had in the past” unless Hungary dramatically changes its course on Russia. By vetoing these sanctions, Orban is doubling down.

Orban may be able to shrug off his neighbors, but he cannot afford to alienate the German car industry, which is the key to the Hungarian economy and to his political survival. When Orban regained the prime ministership in 2010, Hungary was in debt to the International Monetary Fund and the economy was in bad shape. He lured in German auto makers, who opened several cutting-edge plants, and by 2018 the auto industry provided half a million Hungarian jobs. Simply put, the German auto industry is the key to the success of Orbanomics, and Orban knows it.

Volkswagen CEO Herbert Diess’ recent statement that the European Union should look for a quick settlement with Russia is a better indicator for Hungary’s direction than any statement released by diplomats. Orban may be alienating European governments, but unless Germany gives up once and for all on its dreams of the Russian market, he can continue his present course. As the war to the east grows uglier, however, the pressure on Germany, and by extension, Orban, to take such a step will only grow.

Whether for good or ill, Orban’s achievements are remarkable. Few leaders of countries with populations the size of the Chicago metropolitan area command the world’s attention ever, and he has managed to do so for more than a decade. But the handwringing and the cheering for Hungary are misplaced. The Danube may run through the heart of Budapest, but its source lies in Germany.