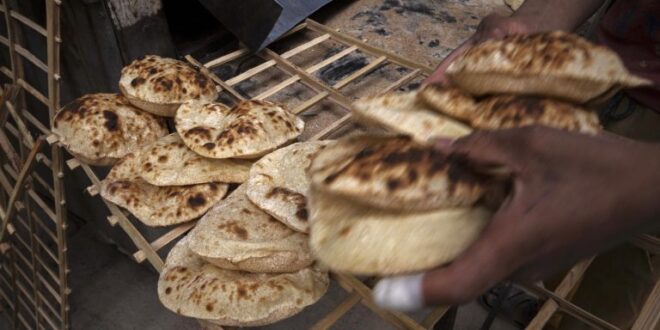 The Food Insecurity Crisis is Not Going Away

On May 16, wheat prices reached a new high, as India banned exports amid a disastrous heat wave.
India, the second largest producer of wheat worldwide, conveyed growing concerns about the status of its own food supply amid skyrocketing prices and decreased harvests.

Russia’s war of aggression in Ukraine is a major factor in wheat shortages, in addition to several climate-related issues in various regions.

It is difficult to overstate the danger of wheat shortages to the world’s populations, and conflict- and climate-driven food insecurity will likely worsen.

Concerns about wheat shortages and skyrocketing food prices have been growing ever since Russia invaded Ukraine in February 2022. Ukraine, sometimes known as the “breadbasket of the world,” had been a source of over 12% of global wheat exports, but this supply of a basic necessity has been crippled by Moscow’s invasion. This disruption will continue as long as the war and likely long after depending on damage to infrastructure. Moreover, Russia’s seizure of Mariupol will further complicate grain exports from Ukraine’s southern coastline. Russia is the third largest producer of wheat but largest exporter, and Ukraine is the eighth largest producer of wheat and the fifth largest exporter. David M. Beasley, executive director of the World Food Program, suggested that “failure to open the ports will be a declaration of war on global food security, resulting in famine, destabilization of nations as well as mass migration by necessity.” The think-tank Security Council Report noted that conflict was the primary driver of crisis levels of hunger or worse for 139 million people in 24 countries and territories. The United States, presiding over the UN Security Council in May, has focused on conflict-driven food insecurity, addressing a key issue for many UN member states whose primary concern about the war in Ukraine has been the impact on global food security, and hosted a flagship Council debate on May 19 chaired by U.S. Secretary of State Antony Blinken.

Yet, the greatest current threat to wheat supplies is one that will not just persist but likely worsen, and that is accelerated climate change. India, the second-largest producer of wheat, announced on May 16 that it was halting all exports of the crucial crop. India, along with the other countries in the region, are suffering from a historic heat wave. Temperatures of 50 degrees celsius are creating threats to life, livestocks, and livelihoods among India’s 1.4 billion people. New Delhi stated that it was suspending all exports of wheat, because it was worried about feeding its own people, given the lower yields from drought and heat, as well as problems with supplies of fertilizer caused by Russia’s war in Ukraine. The announcement was criticized by European countries worried about what this move would do to already increased prices. After the announcement, the price of wheat hit an all time high at $453 per ton. Other countries have also taken measures: Indonesia ceased palm oil exports, while Serbia and Kazakhstan implemented grain quotas. Cem Ozdemir, Germany’s Minister for Food and Agriculture, warned, “If everyone starts to impose export restrictions or to close markets, that would worsen the crisis.”

However, there is a difference between the list of countries that produce the most wheat and those that export the most wheat. China is the largest producer of wheat by a large margin, but is not in the top 15 largest wheat exporters. Russia, the U.S., and Australia are the top three exporters, and each country is facing serious challenges. The midwestern United States, the country’s top wheat producing region, is again suffering from persistent drought; half of Kansas, the top wheat producing state, is mired in a severe drought, while Texas and Oklahoma are facing even worse conditions. There has been little rain in these areas since last fall, when the winter wheat was planted, and farmers are concerned that they will be unable to fulfill contracts, no matter how high the prices. Australia is also in a serious drought, and all trend lines point towards deeper drought interspersed with devastating flash floods. China, the largest producer of wheat, is facing a dramatically lower harvest after unusually heavy rains. Lower harvests across the board of large wheat producers cannot be quickly reversed by “adding more supply” as in the case of oil production, for example.

Food security is a national security challenge for every country. The Middle East is almost entirely dependent on wheat imports, and sky-high prices will stress the economies and societies of many already-stressed countries. Drought in the Middle East and large parts of Africa is crippling water supplies not just for dwindling agriculture but for drinking. The situation across regions with large populations is not going to improve; rather, increased demands will run up against decreased supplies of wheat and water, leading to large-scale suffering and possible strife. The consequences of a global shortage of wheat will be both immediate and long lasting and inevitably impact the most vulnerable populations. UNICEF warned of a spiraling global food crisis, with Executive Director Catherine Russell noting, “the world is rapidly becoming a virtual tinderbox of preventable child deaths and child suffering from wasting.” During the Security Council session on Thursday, the United States issued a Roadmap for Global Food Security Call to Action to affirm a commitment to respond urgently to the food crisis through: inter alia increased financial or in-kind donations to key humanitarian organizations; urging states to keep food and agricultural markets open; temporarily increasing fertilizer production and maximize fertilizer efficiency; supporting sustainable transformation and infrastructure for smallholder farmers; increasing investments in science-based, climate-resilient agriculture innovations; and closely monitoring markets affecting food systems. This has so far been endorsed by 36 countries.