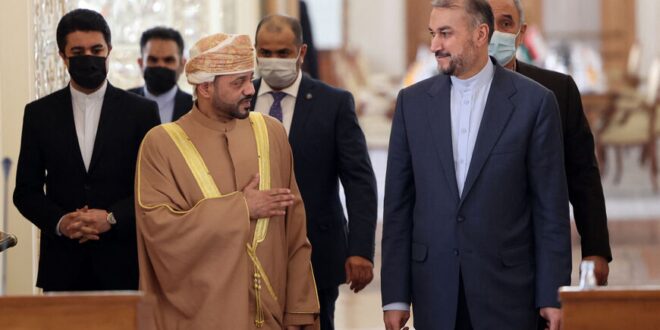 Iran’s president is in Muscat seeking increased cooperation with Oman on energy and transportation.

Iran and Oman agreed today to jointly develop an oil field in the Persian Gulf.

Iranian Oil Minister Javad Owji made the agreement with his Omani counterparts on the “integrated development” of the field. The two countries also agreed to exchange petrochemical products and related technical and engineering expertise, the official Islamic Republic News Agency reported.

The agreement came during Iranian President Ebrahim Raisi’s visit to Muscat today, when he met with Sultan Haitham bin Tariq.

What it is: The Hengam oil field is located near the Iranian island of the same name in the Persian Gulf — between Iran and Oman’s maritime territory. Iran and Oman pledged to jointly develop the field in 2005, but the agreement never came to fruition and Iran opted to develop it on its own in 2012, according to Reuters. The field also contains natural gas, according to the Tehran Times.

Why it matters: Oman has historically remained neutral in Middle Eastern conflicts, and has good relations with both Iran and the Islamic Republic’s adversaries, such as Saudi Arabia.

Oman also played a key role in facilitating contacts between the United States and Iran prior to the signing of the Joint Comprehensive Plan of Action (JCPOA) and in securing the release of British nationals held in Iran.

Iran is hoping to boost cooperation with Oman in a variety of sectors with the current visit. Iranian Foreign Minister Hossein Amir Abdollahian accompanied Raisi to Muscat and met with his Omani counterpart Sayyid Badr Albusaidi, according to the Islamic Republic News Agency. Yesterday, the Iranian and Omani transportation ministers discussed boosting air traffic and connecting ports between the two countries, the official Oman News Agency reported.

Post Views: 61
Previous Ethiopia courts two downstream countries before third filling of Nile dam
Next How to Prepare for the Next Ukraine