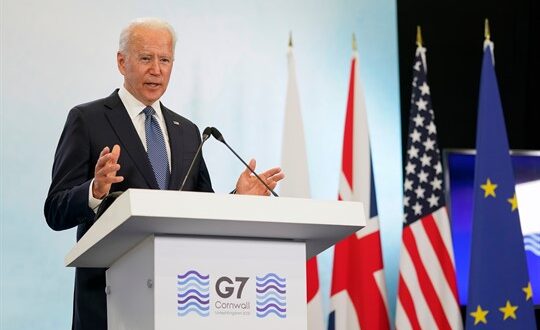 Biden Should Think Big on the U.S.-EU Trade Agenda

When U.S. President Joe Biden participates in his first summit between the United States and the European Union tomorrow in Brussels, he should keep the focus on the big picture. While easing bilateral irritants would improve the tone of relations in the short term, the real test will be whether the U.S. and the EU can forge a common agenda of trans-Atlantic economic statecraft for the two key global challenges they face: China’s state capitalism and the existential threat of climate change.

Failure to do so would not only call into the question the strength of the trans-Atlantic relationship. It would also fuel populist opposition to one of Biden’s most fundamental—and persuasive—convictions: that the United States can only promote its values and interests globally by working closely with allies and other like-minded countries.

Post Views: 124
Previous The U.S. Must Raise the Stakes for Sudan’s Coup Leaders
Next The West Should Stay Focused on Geoeconomic Rivalry With China