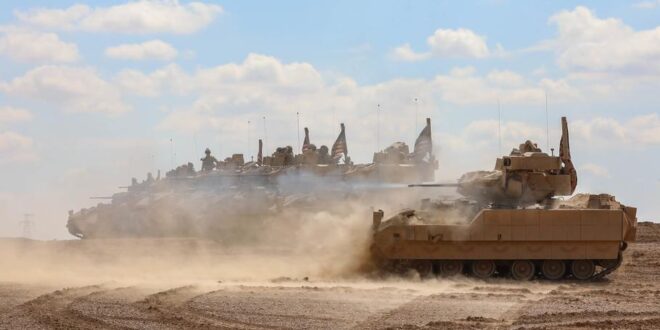 An unidentified airman has been arrested in connection with an attack using explosives in April on a small U.S. military base in Syria that wounded four American service members, Air Force officials said Tuesday.

“As part of an ongoing investigation, on June 16, an airman was taken into custody stateside in conjunction with the attack in Green Village, Syria,” Air Force spokeswoman Ann Stefanek wrote in an email. “After reviewing the information in the investigation, the airman’s commander made the decision to place him in pretrial confinement.”

Stefanek declined to provide the service member’s name until prosecutors file charges against the airman.

“It is too early in the process for a charge sheet,” she said. “It will be available if charges are preferred.”

The attack occurred in the early morning of April 7 at the base known as Green Village, which is east of the Euphrates River and adjacent to major oil fields. Four U.S. troops received “minor” injuries that included “possible traumatic brain injuries,” U.S. officials said at the time.

Several hundred U.S. and coalition forces are stationed at Green Village as they train local forces to fight remnants of the Islamic State terrorist group, according to the Pentagon.

Though indirect fire was initially blamed for the incident, investigators later found evidence that suggested someone had deliberately placed explosive material in an ammunition storage room and a shower area, according to an April 15 statement by Combined Joint Task Force — Operation Inherent Resolve.

Operation Inherent Resolve is a U.S.-led international coalition under U.S. Central Command that targets the Islamic State, primarily with campaigns in Iraq and Syria.

Post Views: 52
Previous Russian anger at Lithuania puts spotlight back on US troops in NATO battlegroup near Suwalki Gap
Next US ends naval exercise with target practice as Chinese, Russians cruise off Japan