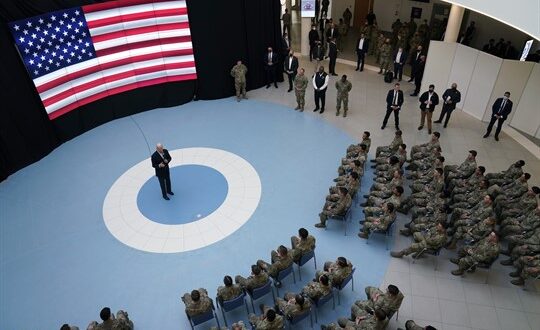 In an Age of Proxy Wars, the U.S. Is Playing With Fire

Ukraine wasn’t supposed to stand much of a chance in a military conflict with Russia. It was outgunned and outmanned. In the first months of 2022, as the threat of an invasion loomed, the Russian military was expected to quickly and decisively defeat its much weaker neighbor with ease. Many experts were asking not if Russia could win the coming war, but how far its ambitions stretched within and beyond Ukraine.

But as the war grinds on for a fourth month, Ukraine has defied expectations. With external assistance, its military has been able to force Russia’s troops to pull back from Kyiv. Even now, Ukraine’s supporters are escalating their military aid as the battle shifts to the country’s south and east, with U.S. President Joe Biden providing more than $20 billion in additional security assistance, including artillery, armored vehicles and advanced air-defense systems. U.S. ambitions have now escalated from helping Ukraine defend itself to weakening Russia so that it is incapable of carrying out another such invasion.