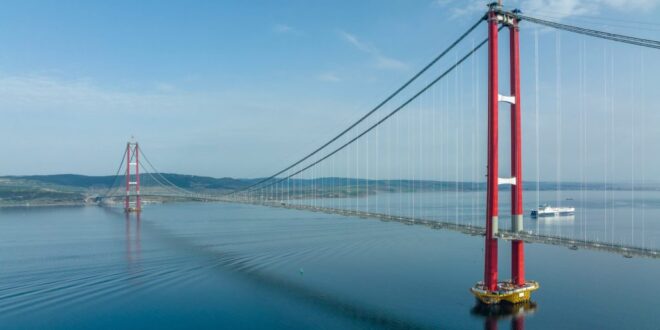 Russia’s unprovoked war of aggression in Ukraine has forced countries around the world to reexamine their geopolitical choices. Turkey, a strategic partner to both of the states at war, has been affected more than most nations. Caught in a lose-lose situation where taking any side in the conflict would lead to a major rupture with the other partner, it has tried to maintain amicable relations with both Russia and Ukraine.

At the same time, the war has given Turkish leadership a chance to turn the challenges of this shaky equilibrium into an opportunity by positioning Ankara as a potential mediator between Moscow and Kyiv.

While brokering a quick peace or even a ceasefire in this war is highly unlikely in the short term, Turkey nonetheless had a unique opportunity to mend its shattered relations with the West.

However, nearly four months into the war, hopes for such a rapprochement are starting to fade, as Turkey’s balancing act gives way to a tilt toward Moscow. If Turkey wants to use the crisis to build bridges with the West, its time is running out.

Prior to Russia’s invasion, Turkey and Ukraine had begun to develop a defense industry partnership that served as a security boost for both nations. It also drew praise for anchoring Turkey in the West, seemingly at the cost of deeper military ties between Ankara and Moscow.

Turkey has been firm in its political support for the territorial integrity of Ukraine and has consistently refused to recognize Russia’s illegal annexation of Crimea. Over the past few months, it has dismissed Russian criticism to deliver “Bayraktar” drones to Ukraine. In the early stages of the war, it closed off the Bosporus and Dardanelles straits to Russian ships, further raising hopes that it would align with the rest of NATO in Ukraine’s defense.

Meanwhile, Turkey’s active diplomatic efforts for a peaceful resolution of the conflict have also garnered public praise from its NATO allies—something Turkish leadership highly appreciated after years of frosty relations with the West and with national elections looming in 2023. Senior American diplomats have made several visits to Turkey since the April launch of a new US-Turkey Strategic Mechanism aimed at normalizing bilateral relations. Turkish Foreign Minister Mevlüt Çavuşoğlu has traveled to the United States to meet Secretary of State Antony Blinken in the first bilateral meeting of cabinet officials since President Joe Biden took office.

For the first time in a while, Turkey was not only acting in line with transatlantic allies but also taking a lead in the region in a way that has bolstered its importance as a key NATO member. US officials have gone as far as to suggest that Turkey transfer its S-400 missile-defense systems to Ukraine in a bid to finally solve the problem of Russian air defense systems stationed in a NATO member state and the consequent Western sanctions imposed on Ankara.

Turkey has bluntly rejected that proposal.

Instead, it has slowly allowed domestic problems, regional geopolitics, and pragmatism to dictate its approach to the war. As a result, Turkish leadership once again appears eager to continue business as usual with an increasingly isolated Russia.

Though only obliged to close the Bosporus and Dardanelles straits for the naval ships of states at war under Article 19 of the Montreux Convention, Ankara has denied access to non-littoral NATO states as well. Turkey’s fears of losing out to the West in its ambitions for a kind of regional ownership of the Black Sea prevailed over the security threats posed by Russia.

Turkey’s desire to limit the presence of NATO vessels in the Black Sea, which might lead to further escalation with Russia, is understandable—even if not in line with the Alliance’s objectives. It is harder to justify the statements of Turkish Defense Minister Hulusi Akar wondering whether mines discovered in the Black Sea had been laid there deliberately to create an excuse for NATO minesweepers to enter those waters.

Turkey is also blocking the quick addition of Sweden and Finland to NATO, trying to use the situation to solve its own problems and voice its own security concerns. It is highly unlikely that Turkish leadership will block the membership of the two Nordic countries in the long term. Nevertheless, its current diplomatic bargaining has revealed major differences in threat perceptions as seen from Ankara and other capitals. While for most of the European states, the major threat on NATO’s eastern borders is a revisionist Russia, for Turkey it is Kurdish People’s Protection Units (YPG) and Kurdish Workers Party (PKK) fighters operating in Syria and allegedly finding a safe haven in Finland and Sweden.

Obviously, skyrocketing anti-American sentiments in Turkey and a traditional mistrust for the West limit the possibilities for cooperation on Ukraine. Whereas the majority of Turks support Ukraine in this war, polls show that more than 48 percent blame the United States or NATO for the conflict while only 34 percent hold Russia responsible. There is a widespread belief in Turkish society that the war in Ukraine is just another regional conflict instigated by Western powers after Afghanistan, Iraq, Syria, Libya, and others. Russia’s invasions and aggression in in South Ossetia, Abkhazia, Nagorno Karabakh, Transnistria, and more recently in Ukraine and Syria don’t evoke a similar response among Turks.

Populist rhetoric, burgeoning ahead of next year’s elections, as well as massive anti-Western propaganda on Turkish media mostly featuring retired generals, nationalist pundits, and (pro-)Russian experts with a strong Eurasianist agenda, do not help either.

President Recep Tayyip Erdogan’s economic and strategic agendas also depend on close coordination with Moscow. Russia supplies almost half of Turkish domestic gas demand, provides technology for the country’s first nuclear power plant in Akkuyu, and serves as the source of more than five million tourists annually. The Kremlin’s support is also vital for Turkey to maintain its presence in the South Caucasus and Middle East.

The recent meeting of Çavuşoğlu with his Russian counterpart Sergei Lavrov in Ankara clearly showed that Turkey is keen to stick to mechanisms for cooperation with Russia, like the Astana Platform in Syria or the 3+3 format in the South Caucuses (which also involves Iran, Georgia, Armenia, and Azerbaijan). Instead of using this crisis as a chance to decrease its strategic dependence on Russia, Turkey seems eager to bind itself even more to Moscow within new formats.

Ukraine has so far largely respected Turkey’s sensitivities and not pushed too hard on sanctions, instead focusing on arms supplies and Ankara’s mediator role. However, that dynamic is coming under stress with Russian oligarchs using Turkey as a safe haven to bypass European Union restrictions.

According to Lavrov’s recent statements, Russia-Turkey bilateral trade doubled in the first quarter of 2022, and there are now ongoing talks on expanding the use of Russia’s MIR payments system in Turkey. In March, Erdoğan suggested to Putin that their countries switch to national currencies or gold in commercial deals instead of the dollar or euro. Izzet Ekmekcibashi, the head of the Turkish-Russian Business Council (DEIK), said that more than one thousand new Russian companies opened in Turkey in March alone. Most recently, a well-connected Turkish journalist reported on a Russian-Turkish agreement to move the European headquarters of forty-three leading Russian companies including Gazprom to Turkey.

Turkish-Russian cooperation in tourism has also quickly developed. Turkish media outlets have reported that Turkish carriers are operating 438 flights per week to Russia this summer at a time when sanctions have made it difficult for Moscow to arrange flights. According to the pro-government Sabah newspaper, Turkish Airlines has signed a deal to bring 1.5 million Russian tourists over in 2022. The newspaper’s report suggests that Ankara also plans to issue loans under state guarantees to support Turkish travel companies working with Russian tourists and back a new airline with the specific mandate of transporting Russian tourists to Turkey.

Ankara, which earlier called on Moscow to end its blockade of Ukrainian ports so grain exports could restart, is now taking a more pro-Russia position, advocating for the international community to help unblock not only Ukraine’s but also Russia’s trade in grain and fertilizers through safe logistics, ship insurance, and a return of Russian banks to the SWIFT system. During Lavrov’s recent visit to Turkey, Çavuşoğlu said that Turkey considered Moscow’s demands “reasonable” and “feasible” and backed easing Western sanctions against Russia.

There is also ample evidence of Ankara’s involvement in the illegal shipment and trade of Ukrainian grain stolen by Russian forces to the Middle East via the Turkish ports of Samsun, Derince, Bandırma, and Iskenderun. So far, despite strong evidence of Russian crimes and official appeals from Ukraine, Turkish authorities have remained silent on these cases.

These moves by Turkey don’t just undermine its credibility as a mediator between Ukraine and Russia but also raise questions about Ankara’s geopolitical choices in a broader regional and transatlantic framework. As it leans toward Russia in a bid for stability at home, Turkey risks finding itself estranged from the West and aligned with a pariah state on the international arena. The Ukrainian case will become a major test for Turkey. Whether Ankara prefers to use it to bridge the gaps with the West or to burn the bridges remains to be seen.