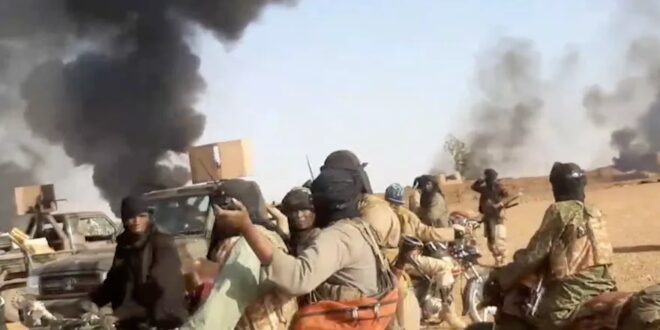 As the world focuses on war in Ukraine, the risks and consequences of smaller conflicts should not be ignored.

Western governments, security organisations, academics, think tanks and the media have in recent months understandably focused on the war in Ukraine. The conflict in Ukraine has radically altered the established security order of Europe and has had second order effects for human security and consequent global stability. However, governments should not lose sight of the capacity for smaller potential and existing conflicts to generate crises.

Not too far from Ukraine, tensions have been rising in the Western Balkans. The Republika Srpska (RS) is one of the two entities that form Bosnia and Herzegovina, the other being the Federation of Bosnia and Herzegovina. Under the leadership of the Bosnian Serb member of the country’s tripartite presidency, Milorad Dodik, it is increasingly moving towards separatism. In December 2021, RS lawmakers voted to withdraw from Bosnia’s armed forces, judiciary and tax system. While non-binding, the vote confirmed the direction of travel Dodik had already set through deliberate attempts to destabilise the existing settlement, for which he has been sanctioned by the US.

There has been peace in Bosnia-Herzegovina since the Dayton Accords of 1995, but it is a fragile one. There have been small but notable successes, such as the long-term training and development of the Bosnian military by NATO and the UK to turn it into a professional and multi-ethnic force. However, there is the potential for malign internal actors such as Dodik to unravel hard-won gains, exacerbated by external actors. Russia has long sought to strengthen its sphere of influence in the Western Balkans and if it cannot fully remove Western involvement, then complicating the facts on the ground would suffice.

A RS separatist-driven breakup of Bosnia-Herzegovina, and in the very worst case a resumption of internecine conflict, would preclude the country from any NATO or EU membership. Such a conflict would complicate matters for Serbia and its own stop-start EU aspirations should a breakaway RS appeal for incorporation into a Greater Serbia. The risk has been recognised, with the UK’s Foreign Secretary, Liz Truss, recently re-affirming the UK’s commitment to peace and stability in the Western Balkans, with aims to mobilise $100 million of UK-backed investment by 2025. However, it is unlikely that Russia will simply sit back. Enmeshed in a Ukrainian quagmire, it may see the potential to open a ‘Balkan front’, creating an additional strategic headache for European leaders and potentially tying down any NATO peacekeeping forces dispatched to stem the weeping sore of Bosnian ethnic strife.

Further south, Islamist insurgencies are increasingly making strides in the Sahel and West Africa. The violent upsurge of recent years has coincided with first Al-Qa’ida and then the Islamic State’s war march against weak and corrupt governments, or ones too focused on their core territories rather than peripheries, allowing jihadists to gain footholds and spread through radicalisation and exploitation of security vacuums.

Despite initial successes, a decade-long effort by French forces in Mali began its conclusion when on 17 February 2022 the French government announced its intention to withdraw, along with other European security contributors, declaring that it could no longer work with the Malian transitional military government. During the Mali campaign, Islamist insurgencies spread to neighbouring countries in the western Sahel and parts of West Africa. It is possible that French and partner forces will redeploy to some of these countries and assist local forces with counterinsurgency campaigns but, like Afghanistan, the underlying problems are unlikely to be addressed by security measures alone and must be in partnership with sufficient political, economic and social reforms and development.

Failure to effectively address this growing crisis will further erode regional stability and even perpetuate state breakdown. Africa has a rapidly increasing population and the absence of any hope for security or prosperity for the current and next generation will likely exacerbate flows of economic migrants and genuine refugees into Europe. Additionally, parts of West Africa and the Sahel are noted cartel trafficking routes for South American cocaine into Europe. Increased instability would divert local efforts away from drug interdiction and enforcement, potentially opening up lucrative sources of contraband-derived funding for regional insurgents and, closer to home, contribute to Europe’s cocaine problems.

Meanwhile, in Southeast Asia, Myanmar has effectively entered a state of civil war. Since the military takeover in February 2021, Myanmar’s junta has employed increasingly brutal methods to repress dissent. These have included urban crackdowns and massacres leaving hundreds dead.

However, this has only fuelled resistance from citizens resentful of losing their freedoms, as well as from ethnic groups already in conflict with the military. The opposition formed the National Unity Government and with it an armed wing known as the People’s Defence Force to take the fight to the junta. Military convoys are regularly ambushed, regime-linked targets are bombed, and local officials and junta loyalists are assassinated. Conflict has spread across almost the entire country. The coup and resulting violence have erased years of progress, with the economy and health system on the verge of collapse, millions facing poverty and hunger, and hundreds of thousands internally displaced throughout Myanmar or fleeing across borders into Bangladesh, India and Thailand.

Barring a return to a democratising path, the prospects for Myanmar are grim. A protracted civil war could ultimately create a failed state of 57 million people in the heart of Southeast Asia, becoming a black hole of ethnic violence, social and economic collapse, and mass refugee migrations into neighbouring states struggling with their own issues. Even a victory by the junta would likely see Chinese and Russian influence expand in the region as they sought to bolster a member of the world’s authoritarian club at the cost of wider Western interests and influence.

Separatism, extremist insurgency and civil wars: to the above three examples could be added the burgeoning global food crisis, Haiti’s collapse, Sri Lanka’s economic implosion, the war in Yemen, the ever-present powder keg of Israel–Palestine relations, and a myriad of other smaller current or possible conflicts and challenges facing policymakers. Current and potential major wars merit the attention given to them, but the perils of leaving small fires to burn should not be underestimated. If unattended, they can easily spread.

Post Views: 133
Previous Russia’s Nonstrategic Nuclear Weapons and Its Views of Limited Nuclear War
Next Why the UK Should Expand Its Bosnia Sanctions List