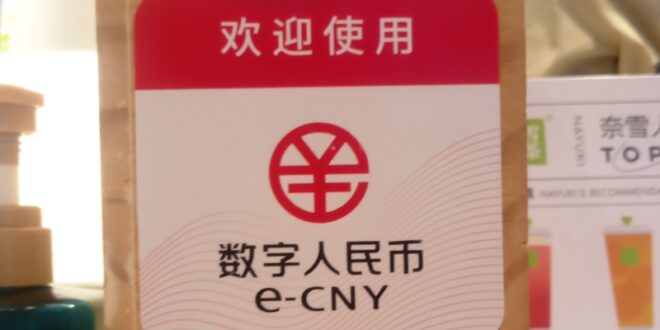 Just recently, China’s Central Commission for Comprehensively Deepening Reform reviewed various plans for data system, including a guideline on building the basic systems for data and making better use of data resources. The central government’s layout from the construction of the basic system of data is intended to lay a solid foundation for the further development of the digital economy, in addition to pushing for the development of the data-based data industry to further accumulate resources and driving force. These new changes in the digital economy signify that there is the establishment and improvement of rules in the digital economy of China.

Looking at the content of the guidelines and plans, there are two aspects worth noting, the first is to clarify the ownership and classification of data, and the second is to build a mechanism for data transactions. The clarification of the ownership and the rights and responsibilities is crucial in establishing the legal foundation for data transactions. Of course, the new plan has yet to clarify this, but it does present the hope to develop a system with clear ownership so that the corresponding data transactions can be carried out. Although Shanghai, Beijing, Hainan, and other places have begun the attempt of creating data exchanges and data transactions, in terms of scale and transaction frequency, this is still in the initial trial stage. Researchers at ANBOUND believe that the focus of data resource development and application of digitalization will shift from the consumer side to the production side.

While the new concept provides a framework for the establishment of the data system, it does not mean short-term boost for the development of the data industry or the digital economy can be formed. The future relies on digital technology to generate data, rather than monetize data, and the same is true in other fields. With this, the model of harvesting from online traffic flow by capital and market expansion will face higher and higher business costs and regulatory barriers. Judging from the development trend of the digital economy in China, after the rectification of internet platforms and the country’s domestic 5G network reaching the stage of large-scale popularization, the overall driving force for the development of the digital economy will be weakened.

Researchers at ANBOUND pointed out that the main problem that needs to be solved in the future development of China’s digital economy is the ownership of data resources. The main issue being disputed in the country’s traffic economy that is constraining internet platforms is precisely about the right to data usage. In the existing internet platform economy like online consumption, when the market expansion encounters boundaries and the cost of data acquisition is getting higher and higher, internet platforms that rely on their own accumulated customer data are seeking to realize cash in consumption and finance. This has brought a great impact on the current real economy and financial sectors, and is also an important cause of the authority’s rectification of internet platforms. As noted by ANBOUND, clarifying and resolving the matter in regard to the ownership of data resources is becoming a pragmatic issue. As far as data resources are concerned, although there is still some room for development in the medical and financial fields, under the background of the increasingly perfect anti-monopoly system and the continuous improvement of supervision, the traffic economy is now being constrained and restricted. This signifies that the space for the application and development of the existing large amount of data resources based on consumer data will be constrained on the consumer end.

From the overall trend, when the internet platform is constrained and the traffic economy encounters incremental bottlenecks, the development of digital industrialization dominated by terminal digital consumption will face difficulties in transformation after going through a stage of rapid growth. Looking at the data industry, on the one hand, strengthening supervision means that the Big Data resources, mainly consumer data, also face institutional obstacles to further development and “diversion”. The development of digital industrialization not only faces the obstacles of insufficient digital infrastructure, but also requires technological breakthroughs in its industrialization development itself. In addition, the production side also faces the basic hurdle of lack of a large amount of production data. Therefore, in the new growth space of the digital economy, the demand for large amounts of data on the production side will be the key driving force for building a basic data system and establishing a data transaction mechanism.

The central and western regions of China are building data centers to meet the current and future needs for large amounts of data storage. However, the application of these data and the development of data resources not only face basic systemic problems, but also lack the development of data application fields. In Guiyang, known for its development of the Big Data industry, the focus is chiefly on storage, and the Big Data investment projects there are mainly on the data centers. To mine data resources, it is not only necessary to realize the accumulation and mining of data, this also requires the support of technology and industry to realize the appreciation of data through digital technology. However, the weak real economy and lack of data development capabilities have become the biggest shortcoming of Guiyang’s development. This makes its data industry generally at the middle and low end of the value chain, and its core competitiveness is rather weak. If the Big Data industry in various places wishes to assume further roles, it still needs the upgrading and integrated development of basic industries. The future development of the data industry depends on the accumulation, application, and development of a large amount of production data. This also means that the future focus of the development of the digital economy begins to shift from the consumer side to the production side.

The Central Commission for Comprehensively Deepening Reform’s conception of the construction of data infrastructure means that it will solve the fuzzy area of data ownership and further realize the tradability and transfer of data. This provides an institutional and market foundation for large-scale data development. The digital industrialization of the consumer side, as things stand, has come to an end, where the growth focus of the digital economy will shift to the production side.