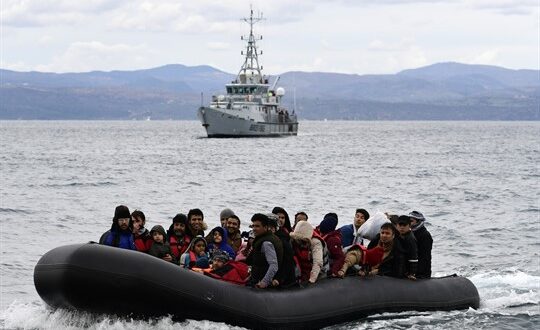 Earlier this month, Journalists Without Borders’ annual World Press Freedom Index placed Greece last among European Union countries for press freedom, citing a number of challenges faced by journalists in the country. The index suggests that Greece is a country in which democratic norms are in serious crisis. Journalists covering refugee pushbacks—in which Greek security forces illegally expel refugees and migrants that have reached Greek territory and waters—have had their phones tapped without explanation; others were monitored with spyware by the Greek authorities without any justification from the government. Meanwhile, a new law, which according to the government was passed to combat COVID-19 disinformation, makes it an offense for citizens to spread “false information,” punishable by up to five years in jail.

Heightening these concerns, police violence, intimidation and baseless arrests against journalists, especially those that cover migration issues, are also on the rise. Other journalists have become the targets of pro-government media outlets, with implications for their safety. Dutch journalist Ingeborg Beugel was attacked in the street after having a heated debate during a press conference with Greek Prime Minister Kyriakos Mitsotakis over illegal pushbacks of migrants in the Aegean, causing her to leave Greece.