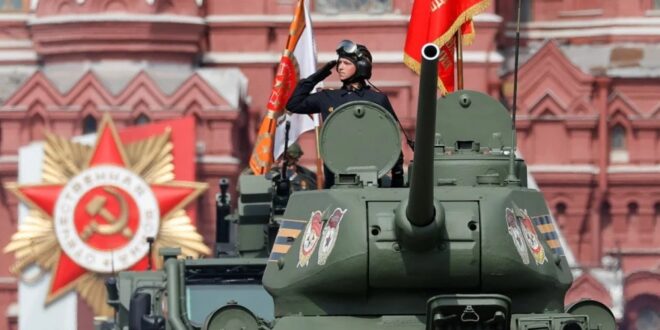 THE WAR in Ukraine is likely to last for years and to end in a Russian defeat of one kind or another. The essence of this war, apart from the enormous suffering it has caused, is that Vladimir Putin has made an epic strategic blunder by launching it and that the Russian political system does not have the flexibility or the resilience to change course. This does not portend Putin’s fall from power or the emergence of democracy in Russia. Nevertheless, the waging of a catastrophic war by a country that is only partially a great power and that is not by any means a great economic power will impose long-term costs on Russia. The country will have enormous difficulty dealing with these costs.

In the world that will come to be after the war, Russia’s near-inevitable defeat will have one positive and one negative consequence for the United States.

The positive consequence will be global. Prior to the war that Russia began in February 2022, the United States was struggling to find a role for itself. It was no longer the undisputed hegemon. It was still recovering from the fraught transition from the Trump to the Biden administrations. It had stumbled in the practical management of the withdrawal from Afghanistan in the summer of 2021. The Biden administration’s division of the world into autocracies and democracies was a clear enough distinction. But it could seem to be an abstraction—the stuff of speeches, not something crucial to U.S. foreign policy in action.

By responding to Russia’s invasion of Ukraine as it has, the Biden administration has already shown its capacity for effective diplomacy. It may not rise to the level of the institution-building President Harry S. Truman pioneered in the late 1940s, often considered the gold standard of American diplomacy. But the coordination of countries within and outside of Europe, the construction of an ambitious sanctions regime against Russia, and the rapid provision of military assistance to Ukraine have been extraordinary—and it is obviously happening beneath the umbrella of American leadership. China has appeared lackluster and confused in relation to Russia’s war. It is a true partner neither to Russia nor Ukraine; it has no vision for the war or for the postwar world. By contrast, the United States is projecting a formidable degree of energy and purpose. Washington has shown that it can guarantee regional security in Europe, though not, of course, for all of Ukraine. This will leave the United States in its traditional post-1945 position in Europe as the focal point of European security. It will also make the United States a plausible contender for a similar position in Asia. “Credibility” is a mysterious property in international relations. It lies in the eye of the beholder. When the war in Ukraine is over, U.S. credibility will loom quite a bit larger in the eyes of many beholders.

For the Biden administration, the war arrived by accident. The war is not itself a vindication of Ukrainian democracy—the country has been one since 1991. At times it has been a troubled democracy, but it is this heritage of democracy that is the inheritance of Volodymyr Zelenskyy, Ukraine’s charismatic president, and it is the true source of his legitimacy as a wartime president. The first true post-Soviet leader in Ukraine, Russia, or Belarus, Zelenskyy validates an old American narrative and a narrative that President Joe Biden has fondly embraced: that democracy is good. Almost more dramatically, Putin has transformed quickly from a disciplined modernizing leader—in his self-styling and in the perception of many non-Russians—to a cruel and bumbling dictator, from the wave of the populist and authoritarian future to a throwback from the most depressing annals of European history. Putin is making the world unsafe for autocracy. He has done so through his own criminal callousness. His doing so exemplifies perfectly the shaming of autocracy and the burnishing of democracy that Biden had hoped to achieve by running for president, and by winning the 2020 election.

The negative consequence of Putin’s terrible war will be concentrated in Europe. Russia does not have the military capacity to dominate Ukraine. It is far from having the military capacity to threaten any member of the NATO alliance, including Finland and Sweden should they be welcomed into the alliance this summer. Russia runs the risk of losing the war in Ukraine. Even so, it will not cease to be a factor in European affairs. Whatever happens on the territory of Ukraine, a new line has been drawn across Europe. It is a vague and uncertain line. On one side are Belarus and Russia. On the other are the European Union and the NATO alliance. This will be a line of contact—long, shifting, dangerous—for decades to come. Russia will not have the power to transcend this line, and either through magnetism or coercion to draw Europe into its orbit. But neither will non-Russian Europe or the transatlantic alliance or the West have the power to subdue Russia or erase its influence. Of what will this influence consist? Russia will attempt to turn any source of European instability to its advantage, something that will be felt every time there is an election, every time a government falls and every time two or more European states come into conflict with one another. Russia’s negative influence will be expressed through cyberattacks and perhaps in occasional military attacks, given that Russia now has very little to lose by irritating the West and by trying to knock it off balance. And Russia’s negative influence will be expressed in nuclear threats, some of which will fall on deaf ears (if they are merely bluster) and some of which may be backed up by a non-trivial intent to make them seem as credible as possible.

This state of affairs is a tragedy for the United States, as it will be a tragedy for Europe. There will be no Europe whole, free, and at peace. Europe will be, once the smoke and dust of war settle in Ukraine, what it always was—a battlefield, and on this battlefield the United States will not be a distant onlooker. It will be standing on one side, with its many allies, across the trenches from its oldest and most familiar adversary.