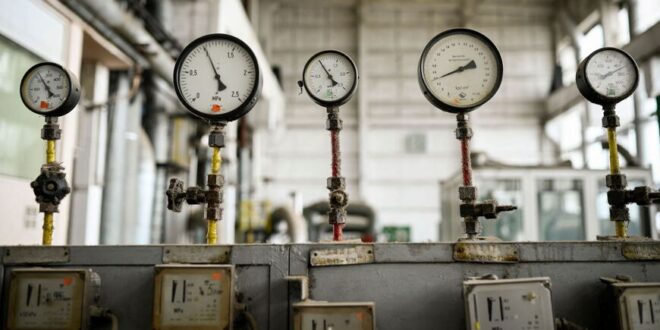 Turkey and Turkmenistan are working on a gas deal that will likely extend to Europe in a bid to reduce Western dependency on Russian gas.

With fears mounting that Russia may cut off gas supplies to Europe, Turkey is working on plans to bring in gas from Turkmenistan and has started transiting gas to neighboring Bulgaria, which has already had its supplies of Russian gas cut.

Turkish Vice President Fuat Oktay announced on June 2 that Ankara is exploring three alternative routes for transiting gas from Turkmenistan to Azerbaijan and into the TANAP pipeline, which runs across Turkey to Greece.

Oktay did not explicitly state that the aim was to provide gas to Europe but with Turkey itself not facing any immediate gas shortages and European leaders actively courting Turkey and Caspian gas producers to increase flows in the wake of Russia’s invasion of Ukraine, the intention seems clear.

He gave few details on the projects themselves, describing them only as “a swap agreement” and “a combination of pipeline and ships” and said, “We are close to the end.”

The swap reference is almost certainly about an existing three-way agreement signed in December last year under which Turkmenistan will supply 1.5-2.0 billion cubic meters a year to gas to northeast Iran, which has insufficient gas, and the same volume is transited from northwest Iran, which has surplus gas, to Azerbaijan.

The deal has allowed Azerbaijan to export more gas to Europe via the TANAP pipeline across Turkey and meet its own growing domestic demand. Its success has sparked speculation that it could be expanded to allow more gas to be sent to Europe.

The nature of the pipeline Oktay mentioned is less clear, but the enormous cost of a major pipeline across the Caspian Sea from Turkmenistan’s main gas fields appear to rule that out for the time being. He was more likely to have meant the 48-mile pipeline proposed by US-based company Trans Caspian Resources (TCR), which plans to carry gas from a new Turkmen oil field in the Caspian to an Azerbaijani oil and gas field, from which other pipelines could take the gas onshore to Azerbaijan for transit to Turkey.

The combination option probably refers to compressed natural gas (CNG) rather than the far more expensive to produce liquefied natural gas (LNG). CNG can be produced cheaply and is already being transported by ships in some parts of the world.

All three alternatives face potential problems. All three rely on transiting gas via Azerbaijan, whose officials, despite stating that they are open to expanding gas exports to Europe, have stopped short of agreeing to transit gas from other countries.

Iranian officials have signaled their interest in transiting more gas at least as far as Azerbaijan, but it’s less clear how having that gas transited to Europe would square with existing international sanctions. It’s also unclear how much gas Iran could transit with a decade of sanctions having left the Islamic republic’s gas grid in poor condition.

Similarly, with no CNG tankers currently available in the Caspian, ships would have to be either constructed or converted from existing vessels. It’s unclear how quickly this could be achieved and how much gas they could transport.

TCR claims its pipeline could be completed in as little as a year and carry up to 12 billion cubic meters of gas a year.

However, despite being the brainchild of its co-owner, former US Ambassador to Turkmenistan Allan Mustard, TCR has yet to attract any investors, a process that given regional uncertainties could take longer than the project itself.

Moscow halted gas exports to Bulgaria in late April as a result of EU sanctions following Russia’s invasion of Ukraine, leaving Bulgaria, which relies on Russia for most of its gas imports, short.

Turkey’s state gas company Botas, through whose LNG terminal the imports were made, has not commented on the matter. However, data released by Turkey’s energy bourse, EPIAS, confirmed that export capacity had been allocated on the gas pipeline between Turkey and Bulgarian between May 31 and June 10 as a test, the period when the gas appears to have been exported.

However, that data was subsequently deleted with no reason given nor any indication of when or if new LNG imports will be made to supply Bulgaria.

Officials with knowledge of the issue confirmed to Al-Monitor that the gas would have been transited on a “test basis,” as there is as yet no formal agreement allowing gas exports from Turkey to Bulgaria, and have suggested that the lack of information may stem from fears that Moscow may retaliate against Turkey if it appears Ankara is profiting from its cutting gas to Turkey’s European neighbors.

If so, it may yet prove problematic for Turkey’s plans for Turkmen gas, irrespective of where it’s transited to.