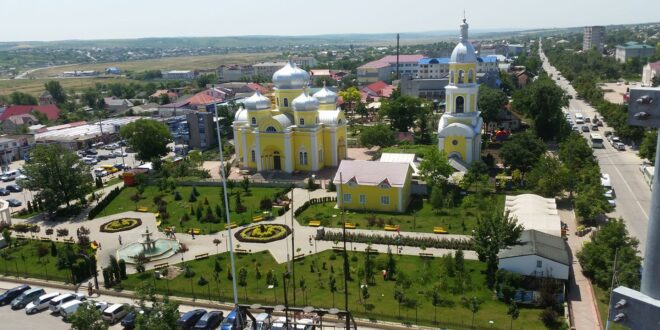 Rising Anger Among Gagauz Presents Another Headache for Moldova

The Moldovan government’s tense relationship with Moscow is angering a small pro-Russian community in the country’s southwest – adding to fears about Moldova’s stability.

Russia’s invasion of Ukraine has caused tensions between Moldova and its Autonomous Territorial Unit of Gagauzia to rise dramatically over the past few months.

This has affected the Gagauz, a small Orthodox Christian Turkic group that live primarily in the south of Moldova and number around 150,000 people.

Throughout their recent history, the Gagauz have been staunchly pro-Russian. In 1989, as the Soviet Union began to crack, the Gagauz first came into conflict with the government in Chisinau as they began to agitate for autonomy.

In the summer of 1990, local leaders declared the creation of the Gagauz Republic, which they claimed was independent of Moldova but still part of the Soviet Union. The declaration came after the government in Chisinau refused to grant the Gagauz autonomy, and reflected the desire of most Gagauz to remain within the Soviet Union.

Gagauzia was officially reintegrated into Moldova in 1994, however, after the country’s parliament passed a law granting the region wide-reaching autonomy.

The law gave Gagauzia its own parliament, the People’s Assembly of Gagauzia (Gagauziyanin Halk Topluşu), and a governor, commonly referred to by their Gagauz title of Bashkan (or Başkan). The region has three official languages: Moldovan, Gagauz, and Russian.

Since Moldova gained independence from the USSR, a variety of pro-Russian and pro-European governments have been elected to power. However, in Gagauzia, political elites and the wider population have remained unequivocally pro-Russian.

Moldova’s decision to sign an Association Agreement with the EU in 2014 was heavily criticized in Gagauzia. In response, the political elites there organized an illegal referendum in which 98 per cent of voters reject closer ties with the EU in favour of Russia. Similarly, deputies from the People’s Assembly also expressed displeasure with Moldova being granted EU candidacy in June 2022.

In the wake of Russia’s invasion of Ukraine, the situation in Gagauzia has remained relatively stable. While some figures, such as the editor of the portal Gagauznews.MD, Nikolai Kostyrkin, called for a Russian “military operation” in Moldova, most people concentrated their efforts on assisting refugees.

However, tensions rose in April when the Moldovan government passed a law prohibiting the use of symbols associated with Russia’s war effort. The law made it illegal to publicly display the Ribbon of Saint George, traditionally worn on Victory Day, celebrated on May 9 to commemorate the Soviet Union’s defeat of Nazi Germany.

The new law caused outrage in Gagauzia. Immediately following its passing, dozens of people waving Russian flags took to the streets of Comrat, the regional capital. Graffiti in support of Russia’s invasion of Ukraine appeared across the region.

In early May, deputies from the Gagauzia assembly twice attempted to pass a law permitting the use of the ribbon within their region. The law was struck down by the courts. Despite that, on Victory Day, almost all deputies from the People’s Assembly wore the ribbon in public.

Since Victory Day, tensions in Gagauzia have continued to rise. The rhetoric in the People’s Assembly has become increasingly charged, with deputies accusing Moldova of trying to destroy Gagauz statehood. Members of the assembly have also come into conflict with the region’s Bashkan, Irina Vlah.

Tensions are further exacerbated by the fact that life is becoming increasingly unbearable for many citizens in Gagauzia.

Rising gas and electricity prices, coupled with increasing food prices, are felt particularly hard in the poorest region in Moldova, which itself is often referred to as the poorest country in Europe.

On July 17, at a series of anti-government protests held across Gagauzia, protesters demanded the resignation of the Moldovan government and cuts in prices. Some speakers threatened to block the roads if their demands were not met. In some towns, signatures were collected for an appeal to Russian President Vladimir Putin to lower the price of gas.

On the back of these protests, a new socio-political organization, the People’s Union of Gagauzia, has been created. Its stated aim is to protect the rights and freedoms of the people of Gagauzia and develop good relations with Russia and other members of the Moscow-led Eurasian Economic Union.

Several pro-Russian figures from Chisinau also spoke at the conference, including Ludmila Laschenova, chairwoman of the Russian Community of the Republic of Moldova.

The speeches of some of the participants, as well as the text of the group’s resolution, will likely alarm many in Chisinau. Harking back to the rhetoric employed in the early-1990s, speakers accused the Moldovan authorities of pursuing an aggressive policy of Romanianization of the country’s Russian-speaking minorities.

The group also accused the current pro-Western ruling party, the Party of Action and Solidarity, PAS, and President Maia Sandu, of drawing Moldova away from Russia and towards the European Union and NATO.

Almost every speaker spoke at length about the need to foster closer ties with Russia, which one speaker called Gagauzia’s “only true friend”.

Speakers also spoke at length about the increasing price of living, which they directly tied to the pro-European policy of the current government. The group also stated that it opposed governor Vlah and accused her of betraying the Gagauz people.

Whether or not the People’s Union of Gagauzia has direct ties to the Kremlin remains to be seen. But the speeches made at the group’s founding congress, its charter, and the resolution adopted at the end of the meeting, demonstrate that the group has a clear pro-Russian orientation.

Rising prices, a severe drought and widespread dissatisfaction with the current government present a perfect opportunity for an opportunistic politician like Petrov to mobilize people. He will likely use the group to build his own popularity and run in the elections for Baskhan scheduled next year.

The formation of a staunchly pro-Russian group in southern Moldova at a time of great instability will likely alarm many in Chisinau, especially as Moscow may channel funds to the group and use it to further destabilize Moldova in future.