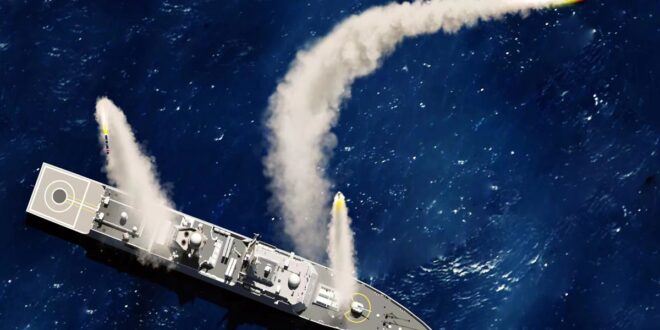 Shortly prior to the 95th founding anniversary of the Chinese People’s Liberation Army (PLA) on Monday, China for the first time revealed a video featuring the launch of what resembles a DF-17 missile, in a move experts said on Sunday displayed the flexibility of the “aircraft carrier killer” hypersonic weapon that is almost impossible to intercept, at a time when tension is rising in the Taiwan Straits amid US House Speaker Nancy Pelosi’s possible visit to the island of Taiwan.

State broadcaster China Central Television on Saturday released a video titled “The capabilities of the Chinese troops shown in 81 seconds”, celebrating the upcoming China’s Army Day, which falls on August 1.

A scene in the video, showing live-fire launch of a missile from a transporter erector launcher on a highway in a desert, attracted particular attention by military enthusiasts, who said the missile resembles the DF-17 hypersonic missile, which has been publicly displayed at the National Day military parade on October 1, 2019 in Beijing.

If the missile shown in the video is indeed a DF-17, this would be the first time China has publicly revealed a footage on the DF-17’s live-fire launch, observers said.

Being able to launch on a highway in a desert demonstrated that the new-type missile does not require a preset launch position to launch, Song Zhongping, a Chinese military expert and TV commentator, told the Global Times on Sunday.

The missile can be launched independently at any time and any place, making it very agile and flexible, Song said.

It also means that enemies will have a hard time locating this road-mobile missile and hitting it before launch, analysts said. After launch, since the DF-17 uses a hypersonic glider as its warhead, which flies faster than Mach 5 with an unpredictable trajectory, it is almost impossible to intercept for contemporary missile defense systems, they said.

The DF-17 will play a vital role in safeguarding China’s territorial integrity, as regions including the South China Sea, the Taiwan Straits and Northeast Asia are all within its striking range, Yang Chengjun, a Chinese missile expert, told the Global Times when the missile made its debut in 2019.

With Pelosi’s possible visit to the island of Taiwan on the horizon, tension in the Taiwan Straits has been rising. The PLA, in showing its capabilities, is telling the US that if it insists on provocation, the PLA will take every manner of countermeasures, Song said.

Taiwan is an inalienable part of China, and the PLA is unequivocal on this question that it can fight and win, Song said.