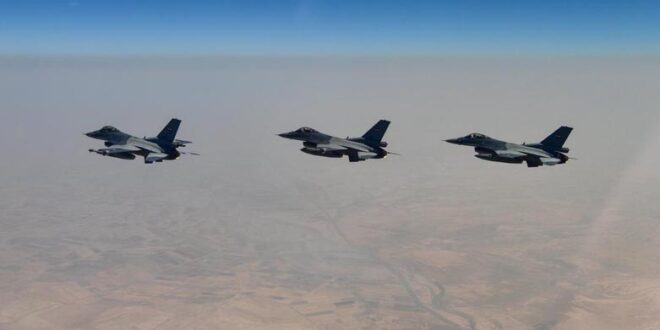 An Iraqi Army unit visited the site to assess the damage, and they found the strikes yielded “positive results”.

Eight suspected ISIS members were killed by twin Iraqi airstrikes in the west of Nineveh province on Thursday, according to a statement from the army’s media.

The airstrikes targeted a “cave” in the province’s Adiya Mountain range based on intelligence provided by the security forces, the Security Media Cell announced.

The hideout was completely destroyed, the statement added.

An Iraqi Army unit visited the site to assess the damage, and they found the strikes yielded “positive results”.

The Iraqi Air Force regularly targets ISIS remnants and their hideouts in remote areas of the country.

Even though the group was declared territorially defeated in Iraq in December 2017, it still poses a threat. At least seven people were killed by a recent series of attacks across a number of provinces.

In the face of the increasing attacks by the group, cooperation between the Iraqi and Kurdish forces is urgently needed, particularly in the disputed territories, the Kurdistan Region President Nechirvan Barzani warned in a statement.

He called for continued coalition support to Iraqi and Kurdish forces to combat the group.

Post Views: 57
Previous Skirmish Erupts At Iran-Afghanistan Border
Next At Least 10 Killed in Al-Shabab Attack of Town on Somalia-Ethiopia Border