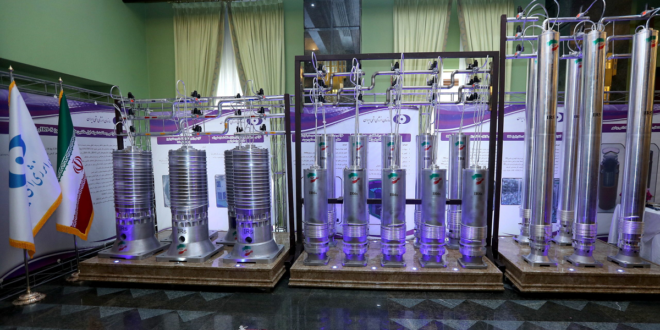 Talks to revive the nuclear deal between Iran and world powers reportedly resumed in Vienna on Thursday, after a six-week hiatus. Negotiators from Iran, the United States, and the European Union separately announced late on Wednesday that they were leaving for Vienna to continue the talks to re-up the 2015 agreement known as the Joint Comprehensive Plan of Action.

In the announcements also made on social media, Iranian and US officials took potshots at each other, with each blaming the other side for the lack of progress in the talks, and lowering expectations that an agreement can be reached. The new round of talks comes a day after an International Atomic Energy Agency report to member states stated that Iran has completed installing three advanced IR-6 centrifuge cascades at its Natanz fuel enrichment plant, Reuters reported. Iran reportedly also informed the IAEA that it will install an additional six IR-2m cascades at Natanz.

The previous round of indirect talks between the US and Iran, held in late June in Doha between negotiators for Iran and the United States ended without any significant progress. The talks have been stalled for several months over Iran’s demand that the US remove the Islamic Revolutionary Guard Corps from the US Foreign Terrorist Organization List, and over US economic sanctions against Iran. The Trump Administration pulled the US out of the nuclear deal in 2018 and snapped back sanctions on Iran, leading Iran to enrich uranium at higher levels, violating the deal. The talks between Iran and the world powers to revive the deal began in Vienna in April 2021.

Iran is currently enriching up to 60% purity, which is considered a short technical jump to the 90% purity required for weapons-grade uranium, according to the IAEA.