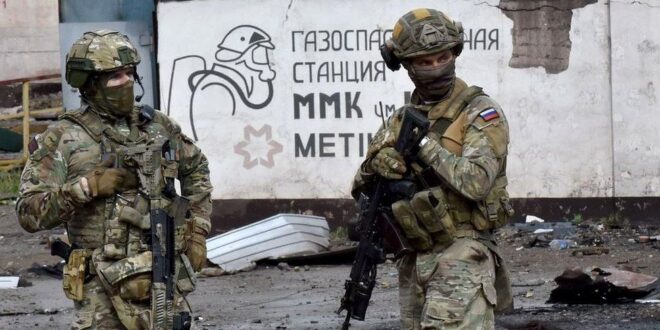 Britain says Russia has “almost certainly established a major new ground forces formation” that could include “volunteer” battalions to support its Ukrainian invasion.

The emergence of a significantly volunteer-style corps would underscore the challenges that face Russian President Vladimir Putin and his war planners as they try to subdue Russia’s much smaller fellow post-Soviet republic.

British Defense Intelligence on August 10 described the new formation as the “3rd Army Corps” (3 AC) and said it was based out of Mulino, in Nizhny Novgorod Oblast east of Moscow.

The assessment came in a tweet of the Defense Ministry’s latest intelligence update.

“Russia likely plans to resource a large proportion of 3 AC from newly formed ‘volunteer’ battalions, which are being raised across the country, and which group together recruits from the same areas,” the update said.

The ministry quoted Russian regional officials as saying potential 3 AC recruits were “being offered lucrative cash bonuses once they deploy to Ukraine.”

Several hundred thousand Russian troops are participating in or supporting the large-scale invasion of Ukraine that began on February 24, following eight years of Russian support for armed separatists in eastern Ukraine.

Western military analysts have argued that Putin and his military and intelligence services expected a quick victory that has not materialized.

Since failing to capture the Ukrainian capital, Kyiv, early in the invasion, Russian commanders have suggested that they are concentrating their forces on territory in the east and south of Ukraine.

“Russian commanders highly likely continue to be faced with the competing operational priorities of reinforcing the Donbas offensive [in eastern Ukraine], and strengthening defenses against anticipated Ukrainian counterattacks in the south,” the U.K. Defense Intelligence update said.

U.S. defense officials recently estimated that 70,000-80,000 Russian troops have been killed or wounded in the fighting.

The Ukrainian government has previously said that 100 to 200 of its troops are being killed daily.