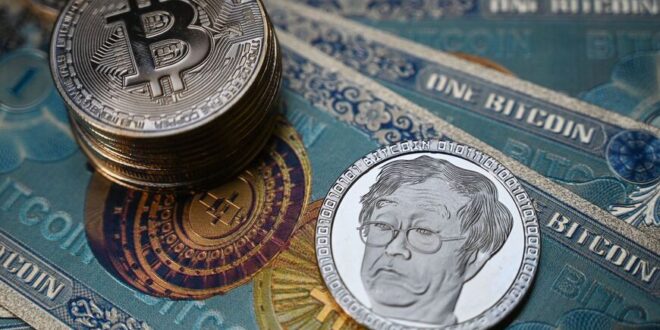 Faruk Fatih Ozer, who reportedly fled with $2 billion in investors’ assets, had an Interpol red notice.

Faruk Fatih Ozer, a Turkish businessman wanted by the Turkish authorities over charges of staging a cryptocurrency scam, was arrested in Albania and is awaiting extradition to Turkey, the Turkish Interior Ministry announced Tuesday.

Ozer, the 28-year-old CEO of cryptocurrency exchange Thodex, is accused of one of the largest financial hoaxes in Turkey’s current economic history. Ozer, for whom Turkey placed an Interpol “red notice” in April 2021, is charged with running off with $2 billion in investors’ assets, though he has repeatedly denied the accusations via social media.

The arrest was confirmed by Kreshnik Ajazi, the public prosecutor in the city of Elbasan, where Ozer was brought after being caught in the coastal town of Vlora. Ozer will first have a hearing in Albania and the extradition process will start after that, Ajazi told the Balkan Investigative Reporting Network.

Turkish sources said they did not expect problems regarding the extradition.

Thodex, which described itself as Turkey’s first globally recognized crypto exchange platform, had traded more than $585 million in cryptocurrencies on its exchange before it was closed down in April 2021, according to data from CoinMarketCap. Ozer, a baby-faced figure with media appeal, regularly appeared on national television about cryptocurrency and investment tools.

Thodex pursued investors through glamorous TV ads and social media campaigns that included national celebrities including actress Gokce Bahadir, the female lead of Netflix blockbuster “The Club,”  and economist Ercan Oz. After the company shut down, several celebrities were investigated for connections to the scheme but were cleared.

In March 2021, the exchange ran an ambitious month-long campaign, saying that it would sell Dogecoins at one-fourth the price they were trading for on other exchanges and give 150 Dogecoins to newcomers to the exchange. Five days after the end of the campaign, dozens of investors started complaining that they had not received what they were promised and that the exchange’s trading site was no longer accessible. The exchange tweeted that it had halted all transactions to evaluate an unspecified partnership offer and that the process would take four to five business days, during which there would be no transactions. On April 20, photos of Ozer leaving Turkey were all over the media, causing further panic among investors.

Within days, the Turkish government had moved to block Thodex’s accounts and police raided its office in Istanbul. Six suspects were jailed April 30 pending trial.  Media reports quoting the victims’ lawyers said that  the exchange exchange shut down while holding at least $2 billion from 391,000 investors. Most of the investors were under the age of 34, students or low-income workers.

In the ensuing trial, lawyer for the exchange Sevgi Eraslan said in court that cryptocurrency volatility and a hacking attack had caused the exchange to crash and called the fraud claims ridiculous.

Ozer denied that he had run off with the money and said he would come back, but he remained abroad as 30 of the exchange’s staff, including his brother and sister, faced trial for fraud and organized crime.

The shutdown of the exchange coincided with the  Turkish Central Bank’s new measures to regulate the crypto market, to which many Turks have turned due to the steep fall in the value of the Turkish lira and high inflation. Turkey has the highest crypto transaction volumes in the Middle East and they are still growing, according to a report on global trends by Chainalysis quoted by Financial Times. The report said that the research shows a direct correlation between the lira’s devaluation and the amount traded on cryptocurrency exchanges.

Following the Thodex shutdown and the ensuing crash of Vebitcoin, a rival local exchange, President Recep Tayyip Erdogan issued a decree that added cryptocurrency exchanges to a list of entities covered by Turkey’s terror financing and money laundering laws. The rules, effective immediately, hold crypto asset service providers responsible for ensuring the assets are not used for illegal activities. In mid-April, a few days before Thodex shut down, a decree banned the use of cryptocurrencies for payments.