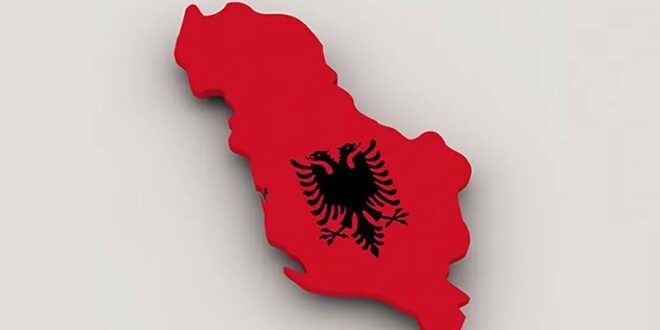 On August 20, two Russians and a Ukrainian were arrested in Albania as they tried to enter a defunct military factory in the city of Gramsci. According to Albanian authorities, the detainees were trying to film the factory, and one of them, Mikhail Zorin, sprayed a “nerve-paralytic” substance in a guard’s face (MediaZona, August 21). Albanian Prime Minister Edi Rama revealed that the detainees are suspected of espionage (Аlbaniandailynews.com, August 21).

Bellingcat investigator Christo Grozev also suggested that the group’s activities could be equally that of amateur photographers or perhaps a cover for an intelligence operation (Twitter.com/ChristoGrozev, August 20). On August 24, an Elbasan court ruled that the detainees should remain in custody. In the words of Judge Pajtime Fetahu, after examining the prosecution’s evidence, the court found that the arrest was legal and that the charges were based on well-founded evidence (Euronews.al, August 24). However, any specific information on the case has not yet been disclosed.

Adding to this situation’s uncertainty is the fact that Svetlana Timofeeva, one of the detainees, better known under the pseudonym Lana Sator, is indeed a blogger and photographer specializing in “industrial tourism”—that is, filming abandoned buildings, bomb shelters and military installations. She has been blogging since 2007, and in addition to traveling around the world, she has filmed a number of secret sites in Russia itself.

For example, in December 2011, Timofeeva published photos of the Energomash plant—one of the leading facilities in the world for the development of liquid propellant rocket engines used in space-launch vehicles (Lana-sator.livejournal.com, December 22, 2011). Timofeeva also published photo essays on the deserted buildings of the Academy of Strategic Forces near the Kremlin, abandoned Yugoslavian air bases and bunkers in Belarus, among others. In 2018, in an interview on Radio Free Europe/Radio Liberty, she confessed that she “really likes to investigate bomb shelters and the subject of civil defense in general” (Svoboda.org, August 3, 2018).

Timofeeva’s friend, Anastasia K. (last name not specified), also confirms that the photographer is “a well-known personality” among diggers (people who explore and research abandoned places), and such a trip for her was quite normal (MediaZona, August 3, 2018). Nevertheless, journalists from the Balkan Investigative Reporting Network confirmed that the group’s arrest is related to espionage. In their words, other members of the espionage network are directly connected to Moscow. However, the journalists are not yet prepared to provide detailed commentary since they do not have the right to reveal such details of the investigation (Author’s interview, August 24).

Theoretically, Timofeeva’s biography is consistent with this version of the story. She was obviously a public figure, and following publication of her Energomash photos, Dmitry Rogozin, who was then vice premier, called bloggers “insolent mice with cameras” and threatened to take retaliatory measures (Svoboda.org, August 3, 2018). Nevertheless, nothing indicates that any repressive measures were taken against Timofeeva, while much more stringent measures were taken regarding other participants in similar filmings and excavations.

For example, in 2015, the Russian Federal Security Service (FSB) arrested diggers who spent holidays at a facility of the secret Metro-2, Moscow’s underground network of bunkers, tunnels and bomb shelters (MediaZona, April 20, 2016). Based on this, it is possible that the FSB at one time could have offered Lana Sator a choice: cooperation in exchange for freedom, as has be done repeatedly with opposition activists.

The last major event in this regard was that of Russian refugee Mikhail Sololov. As a well-known activist in Aleksey Navalny’s headquarters in Udmurtia, in 2021, together with other oppositionists, Sololov fled to Georgia. Following Russia’s full-scale re-invasion of Ukraine in February 2022, he then fled to the Netherlands and admitted to the media that, for the past six years, he had been an FSB informant. In his words, the Russian intelligence services had threatened him with imprisonment for avoiding military service and proposed collaboration in place of prison (Verstka, August 22).

Former Libertarian Party of Russia member Vsevolod Osipov earlier told a similar story. According to Osipov, Russian intelligence recruited him in 2021 and sent him to Georgia to report on emigrants (Meduza, July 10). Thus, it cannot be excluded that something similar happened with Timofeeva.

Another Albanian source, who wishes to remain anonymous, provided a different version. According to him, a “shadow” market has existed for a long time in the Balkans in which orders are placed for photography of hard-to-reach places. “Different structures are engaged in this, from criminals to intelligence services, but it is very difficult to identify specific customers because the chain of intermediaries is very long,” the interlocutor explained. He further elaborated that those fulfilling the orders often do not know themselves the final consumer of the information (Author’s interview, August 24).

However, regardless of whether Timofeeva was ordered by Russian intelligence to take photos or whether she knew whose order she was fulfilling, it must be considered that Russian intelligence may increasingly resort to the use of amateurs in their operations. For example, US and foreign experts agree that Maria Butina, determined in 2019 to be a foreign agent, was not a professional spy. This was the opinion of former KGB Lieutenant Colonel Akif Gasanov, who served for nearly 15 years in Soviet intelligence. He opines that Butina was a counterintelligence agent. Gasanov thinks the FSB sent not only Butina to the United States but also other similar people looking for “random luck,” and this explains her poor conspiratorial training (Kyiv Post, August 13, 2018).

In truth, advantages abound in using ordinary people for intelligence operations. When it comes to real opposition figures and bloggers, it is hard to detect the moment when such people are recruited. In addition, if contact with their case officers is in Russia, it can be difficult for Western intelligence services to accurately identify them. According to a report by the Henry Jackson Society, a British think tank, Russian émigrés themselves suspect that one in two of their compatriots could be an informer, especially if these people travel back to Russia regularly (Henryjacksonsociety.org, November 5, 2018).

However, appreciable negatives do exist in working with dilettantes. Ordinary people tend to make mistakes and talk too much about their activities. In addition, amateurs’ failures also carry the risk of disclosing important information. Such disclosures may include how the special services work, their goals, objects of interest and identify the range of people who have helped Russian agents. Whether this was the case with Lana Sator, only time will tell.