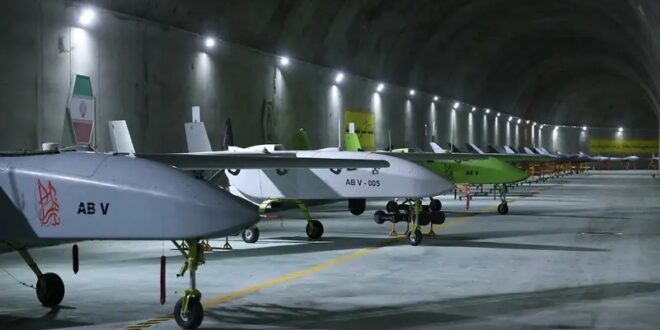 Iran has designed a drone, named Arash-2, specifically for targeting the Israeli cities of Tel Aviv and Haifa, a senior Iranian military commander said on Sunday.

“We have specially designed this drone for Haifa and Tel Aviv. This is a unique drone that was developed for this task,” state media quoted Kiyoumars Heydari, commander of the Iranian army’s ground forces, as saying.

Iran “will unveil this drone’s capabilities in future exercises,” he said.

Iran does not recognise Israel and Iranian military commanders have repeatedly threatened to attack the cities of Tel Aviv and Haifa.

Efforts to revive the 2015 nuclear deal between Iran and world powers, which Israel opposes, have yet to succeed since negotiations began in Vienna in April 2021.

The 2015 deal, formally known as the Joint Comprehensive Plan of Action, offered Iran sanctions relief in exchange for curbs on its nuclear program. Israel believes the deal is too generous to Tehran and is opposed to efforts by the US and the EU to restore it.

On Saturday, Britain, France and Germany – who are parties to deal alongside the US, Russia and China – said they had “serious doubts” about Iran’s intentions to revive the agreement.

Tehran said the statement by the three European countries was “unconstructive,” and Moscow’s envoy to the talks called it “untimely.”

Former US President Donald Trump withdrew Washington from the deal in 2018, saying it was too soft on Iran, and reimposed sweeping sanctions on Tehran.