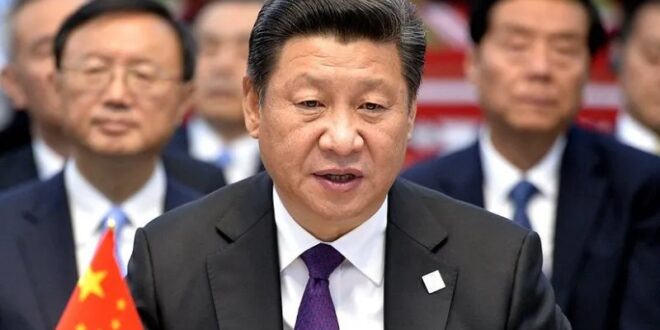 Chinese President Xi Jinping will leave China for the first time in more than two years in a trip to Central Asia that aims to boost Chinese leadership in the region and reaffirm Beijing’s partnership with Moscow in a meeting with Russian counterpart Vladimir Putin.

The trip marks Xi’s return to the world stage and kicks off with a visit to Kazakhstan on September 14 followed by a trip to the ancient Silk Road city of Samarkand, in Uzbekistan, for the annual Shanghai Cooperation Organization (SCO) summit. At the SCO meeting, Xi will meet with various leaders from the region as well as Putin, who he has not seen since they declared a “no limits” Russian-Chinese partnership in February just days before the Kremlin’s invasion of Ukraine.

The Xi-Putin meeting is likely to attract the most attention, but the fact the Chinese leader has chosen Kazakhstan and the SCO summit as the venues for his first international trip since January 2020 sends a powerful message about Beijing’s vision for Central Asia and the importance of the SCO — a political and security bloc that includes India, Kazakhstan, Kyrgyzstan, Pakistan, Russia, Tajikistan, and Uzbekistan as members — for China.

The timing of the trip — which comes a month before Xi is poised to receive a third five-year term as leader of the Chinese Communist Party — is also significant and showcases the confidence he has even before his expected October 16 confirmation that will cement his position as the most powerful Chinese leader since Mao Zedong.

Here are the storylines to follow and what to expect as Xi embarks on a week of high-profile diplomacy that is set to shape China’s vision for Central and South Asia, the Middle East, and beyond.

Against a backdrop of Moscow’s confrontation with the West, its war in Ukraine, and escalating tensions between Beijing and the West over Taiwan — all eyes will be on Xi and Putin in Uzbekistan.

Few details are available about what kind of meeting will take place between the pair. Beijing has confirmed Xi’s travel plans, but no other information. Kremlin aide Yury Ushakov told reporters last week that the Xi-Putin meeting will be “very important,” but did not elaborate.

On September 7, Li Zhanshu, a member of the Chinese Communist Party’s Politburo Standing Committee and the country’s No. 3 leader, visited Vladivostok in Russia’s Far East to attend the Eastern Economic Forum and meet with Putin.

Li called for increased cooperation with Moscow and, according to an official Russian readout of a meeting with lawmakers from the State Duma on September 9, said that China “understands and supports Russia,” especially “on the situation in Ukraine.”

The comments received added attention as they appeared to be a more full-throated endorsement of Russia’s war than past public statements from Chinese officials and the mentions of Ukraine were notably absent from Li’s comments from the meeting published in Chinese state media.

The extent of China’s support for Russia has been in the spotlight since the Kremlin invaded Ukraine, but Beijing and Moscow’s relationship is slated to receive added scrutiny as Russia faces new setbacks from a Ukrainian counteroffensive that has seen Kyiv retake large amounts of territory.

Beijing has refused to condemn Russia’s actions, has criticized Western sanctions, and boosted the Kremlin’s narrative about fighting in Ukraine in its state media — though it has also been cautious about explicitly endorsing Moscow’s invasion.

Chinese companies have bought Russian energy supplies at record levels, with Russian energy giant Gazprom saying recently that it signed an agreement to start switching the currency of payments by China for gas supplies to yuan and rubles instead of U.S. dollars.

But China has been careful to avoid violating Western sanctions on Russia and many analysts say its support has largely been out of self-interest. Beijing has bought up Russian energy at steep discounts and amplified anti-American rhetoric throughout the war. But it has held back from providing military aid or technological support that could improve Moscow’s standing on the battlefield.

With the stakes high, the SCO summit in Uzbekistan will be an important litmus test for where the Chinese-Russian partnership stands after nearly seven months of war.

While a meeting with Putin comes with its own unique symbolism, the fact Xi will begin his first tour abroad in Kazakhstan sends an important message about China’s vision for Central Asia and how it is adapting to the geopolitical fallout from the war in Ukraine.

Kazakhstan was where Xi launched the overland portion of what would morph into the globe-spanning Belt and Road Initiative (BRI), and the country has become a strategic partner for Beijing as a top energy and resource provider that borders China’s western Xinjiang Province, where Chinese authorities have launched a mass-internment program targeting more than 1 million Uyghurs, ethnic Kazakhs, Kyrgyz, and other Muslim minorities.

The stop in Kazakhstan provides a chance for Beijing to deepen its relationship with Nur-Sultan and also burnish its foreign policy credentials.

The Ukraine war has created a new and tumultuous era for Russia’s historic ties to Central Asia, with governments in Kazakhstan and Uzbekistan providing aid to Ukraine in the early months of the conflict and distancing themselves from Moscow. Kazakhstan has also been the target of threats from hard-line Russian commentators and officials about possibly annexing its territory in the north.

This sets the stage for Beijing to be an even more appealing partner to countries in the region — a tough balancing act for China to maintain as it looks to preserve its strategic relationship with Moscow and simultaneously expand its influence in a part of the world that the Kremlin has traditionally seen as its “backyard.”

Breathing Life Into The SCO

The exact agenda of the SCO summit is still being set, but the bloc’s 22nd leaders’ summit is slated to be an important one.

The meeting in Samarkand will be the first in-person summit since 2019 and is expected to focus on security and economic issues related to Afghanistan, the admission of Iran — whose membership was approved last year — and potential member status for Belarus, which is currently an observer.

Founded in 2001, the SCO has been criticized for being an empty vessel unable to tackle the big issues on its security mandate and often divided by the rivalries of its members.

Despite its flaws, Beijing — and Xi — still see value in the SCO as an umbrella organization for pushing China’s interests across Eurasia and as a geopolitical vehicle for Chinese leadership.

In Samarkand, Xi will likely look to use the SCO as an opportunity to highlight a gathering of countries under Chinese guidance that exists as an alternative to Western-led alliances. The summit will also provide a chance for important face-to-face diplomacy for a host of countries: Indian Prime Minister Narendra Modi confirmed his attendance on September 12 and leaders from other members and observer states — such as Turkmenistan — will also attend.

This provides useful optics for Xi and will perhaps give the SCO a boost in credibility as a regional leader.

But doing so will certainly keep Beijing’s hands full in a year that is already full of upheaval across Eurasia — from the war in Ukraine to unrest in Kazakhstan, Uzbekistan, and Tajikistan, as well as a deepening global economic crisis.