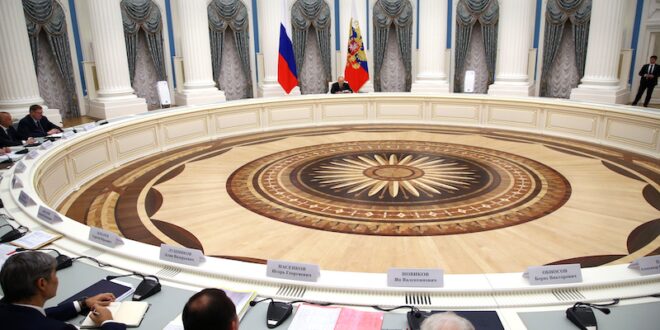 Russia’s demographic problems, including the extremely high male mortality among working-age groups (Socio.bas-net.by, accessed September 21; Nakanune.ru, August 1) and the declining size of the Russian nation, especially in rural areas where most soldiers come from and opposition to the war is growing (Siberia.Realities, August 24), impose serious constraints on Moscow’s ability to effectively carry out the “partial mobilization” announced by President Vladimir Putin on September 21. The relative increase in the share of men in their 20s and 30s from non-Russian areas who also oppose the war in Ukraine makes this task evermore daunting (Caucasus Post, June 18).

At the same time, given these problems, any level of mobilization will limit Russia’s ability to turn its economy around by removing from the workforce some of its most productive workers (Publizist.ru, November 21). This policy will also hamper the Kremlin’s ability to prevent growing anti-war attitudes among non-Russian nations from morphing into more serious nationalist challenges to the center (Idel-ural.org, September 15). As a result, if this mobilization proceeds, and especially if Moscow is compelled to mobilize more than the 300,000 men as announced this week, the central government may be compelled to seek a quick end to the fighting, lest Putin and his regime suffer from corrosive economic and political consequences in the near future.

Moreover, all these problems are likely to be further compounded by resistance among those who are designated to be mobilized, especially among those who are children of the elite or have the means to leave the country, as many appear to have done in the past 48 hours. As the experience of many countries has shown, it is far more difficult to pull older veterans back to military service, given that they have families and jobs, than it is to draft young men who are not yet so tightly integrated into society and the economy (Kasparov.ru; Facebook.com/vladislavl.inozemtsev, September 22). Consequently, one should take seriously the possibility that Moscow will find it difficult to meet Putin’s target, or be prepared for a situation in which his regime will become even more draconian in its use of force to try to do so. These moves by themselves will almost certainly further anger the population and trigger more and larger protests against this policy, the war and Putin’s regime.

Two demographic factors will have the most impact and be greatly affected by Putin’s mobilization plans: the declining size of the ethnic Russian population, especially those in the working-age cohort from which veterans would be drawn at the expense of the economy, and the still increasing numbers of non-Russian nations, many of which see themselves as having been misused by Moscow as “cannon fodder” in Ukraine. Over the past two years, Russia’s overall demographic travails have been largely ignored because most observers in Russia and beyond have assumed that any losses were the result of the coronavirus pandemic. But now it is clear that the overall decline in the Russian Federation’s population, especially among ethnic Russians and those in working-age groups, while accelerated in 2020 and 2021 by COVID-19, is continuing at precisely the same rate as before (Rosbalt, September 16), with some demographers now predicting that the ethnic Russian nation itself will disappear entirely in 40 to 50 years (Business-gazeta.ru, September 18). That is almost certainly hyperbolic, but the Russian population is currently set to decline by 1 million or more each year for as far into the future as anyone can project.

Moreover, even though Moscow is likely to block the emigration of Russians now that a mobilization has been declared—something a Boris Yeltsin–era law allows it to do—numerous young Russians who have already left the country, further reducing the pool of adult males who can be mobilized and thus making it much more difficult and costly to fill the required number from those left. The process will become more tedious because almost all the men who could be called up will be, and it will be more costly because that reality will do serious harm to their places of work.

The consequences in the non-Russian portions of the country are likely to be, if anything, more profound. Significant anti-war movements are growing in many of these areas and among their emigrations (Window on Eurasia, July 21, 26). They enjoy increased support from Ukraine, which operates under the principle that “the enemy of my enemy is my friend,” as well as other countries, including the United States, which now views these groups as supporters of freedom and democracy against Putin’s authoritarianism (Idel.Realities, July 5; Whitehouse.gov, July 15; Kyiv Post, August 5). To be sure, few of these movements yet represent a serious threat. However, if Moscow does employ more force against them, as is likely with its mobilization campaign, these groups could quickly prove to be, as was the case for the Kremlin at the end of Soviet times, like throwing water on a grease fire, spreading the problem rather than extinguishing it.

By his mobilization and annexation of Ukrainian territory, Putin thinks he is restoring the Soviet empire, but in fact, he is re-creating the conditions that ultimately led to the disintegration of the USSR. Not only is each new act of aggression and annexation making the Russian Federation less Russian through combat losses and demographic decline in the first instance and adding evermore non-Russians to the population in the second, but it is also leading an increasing number of non-Russians within the country to recognize that their only hope is to escape (Window on Eurasia, March 17). And this fact suggests that Putin’s twin obsessions—doing away with Ukraine as a country and maintaining Russia’s territorial integrity—are increasingly working at cross purposes with each move in the direction of the former exacerbating the likelihood of the latter (Idel-ural.org, September 15).

Post Views: 45
Previous Ethiopia: Civilians Once Again Mired In Intractable And Deadly War
Next Hezbollah Has Turned Lebanon Into A Narco-State – OpEd