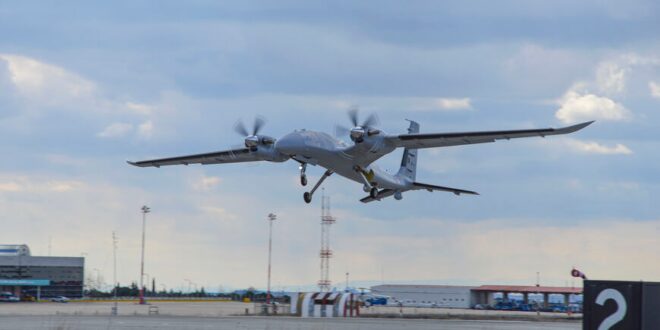 Kyrgyzstan’s use of Turkish drones in a border dispute with Tajikistan leaves Turkey in a tight spot on how to balance its ties in Central Asia, a region where it has long sought to expand its influence.

Turkey’s efforts to add strategic depth to its ties with Central Asia appear to have hit a stumbling block, albeit not a big one, amid controversy over Kyrgyzstan’s use of Turkish combat drones in border clashes with Tajikistan.

The Bayraktar TB2 drones that Kyrgyzstan acquired last year are seen as a game-changer in ongoing clashes with Tajikistan over disputed border areas, which have claimed nearly 100 lives since mid-September.

Social media abounds with claims about Kyrgyz use of the Turkish drones, accompanied by purported images of destroyed Tajik military equipment. The drones hit a Tajik T-72 tank, Qirim News reported, while others claimed the drones helped Kyrgyzstan retake five villages. Turkish Twitterati were quick to boast that the Turkish drones were now “making history” in Kyrgyzstan as they did in Ukraine and Nagorno-Karabakh.

According to Tajik media, Kyrgyz forces used heavy weaponry, including helicopters and Bayraktar drones, to pound settlements, schools and mosques. Tajikistan puts its death toll at 41. The Kyrgyz, for their part, say 59 people were killed and 139 others injured, with 613 homes damaged.

Bouts of fighting have recurred in a disputed border area between the two countries since they became independent after the collapse of the Soviet Union three decades ago. This time, however, observers note the Bayraktars offset Tajikistan’s military superiority. Such an outcome could add momentum to the Bayraktars’ journey on the global market, but not without adding a thorny factor to Turkey’s ties with the Central Asian republics.

Kyrgyzstan received the drones in December 2021. On Sept. 13, a day before the clashes flared up, Kyrgyz President Sadyr Japarov inaugurated a new base built for the drones, which have been put in the service of the border guard. In February 2021, Kyrgyzstan also reached a deal with Russia to buy S-300 air defense systems and Orlan-10 drones.

In response, Tajikistan too has moved to acquire Bayraktar drones from Turkey.

In April, following another episode of deadly clashes at the Tajik-Kyrgyz border, Kyrgyz Foreign Minister Jeenbek Kulubaev said in parliament that reports about Turkey supplying drones to Tajikistan were true. Kyrgyzstan had asked Turkey “to be careful on this matter since the problems between the Kyrgyz Republic and the Republic of Tajikistan have not yet been resolved,” he said. “They answered that it was business.”

Earlier in April, Tajik Defense Minister Sherali Mirzo and his Turkish counterpart, Hulusi Akar, had signed a Military Framework Agreement in Ankara. Akar said at the time Turkey was ready to assist Tajikistan on border security and counterterrorism. While in Turkey, Mirzo visited the plant manufacturing the Bayraktars and met with the managers of Baykar, the company producing the drones, which is owned by the family of Erdogan’s younger son-in-law. Pictures of the visit were shared by Turkey’s embassy in Tajikistan.

In May, however, Kyrgyzstan’s State Committee of National Security said it had “reliable information” that Tajikistan has not sealed any deal with Baykar or any other Turkish drone manufacturer; thus, reports of its acquisition of Bayraktar drones had been unverified.

That Baykar has not yet inked a deal with Tajikistan might be attributed to Turkish concerns about upsetting Kyrgyzstan.

Turkmenistan became the first Central Asian republic to acquire the TB2 drones in December 2020. Uzbekistan and Kazakhstan are now in talks with Baykar to follow suit after Kyrgyzstan.

Amid fraught ties with the West, Turkish President Recep Tayyip Erdogan has been increasingly looking to the east in recent years. He has signaled that Turkey would like to join the Shanghai Cooperation Organization, which is dominated by Russia and China, and sought to boost Turkish influence in Central Asia, drawing on ethnic and linguistic bonds with the Turkic nations in the region.

How the sale of the Bayraktars will affect those efforts is thus a pertinent question. Ankara is so in a rush to sell TB2 drones that it seems to care little for the consequences.

Echoing that approach, an analysis carried by the state-run Anatolia news agency said, “Flashpoints such as the Kyrgyzstan-Tajikistan border clashes, the enmity of radical elements in the Armenian armed forces to both the new status quo in Nagorno-Karabakh and the Pashinyan government, threats arising from Afghanistan after the US withdrawal and many other regional risks show that there is a vast area of activity for Turkish armed drones.”

In November 2021, Turkey spearheaded the creation of the Organization of Turkic States (OTS) with Azerbaijan, Kazakhstan, Kyrgyzstan and Uzbekistan, marking the culmination of various cooperation initiatives since the 1990s. Tajikistan is not part of the group as its population is predominantly Persian-speaking.

The OTS secretary-general sided openly with Kyrgyzstan after the latest flare-up, drawing protests from Tajikistan. This outlook casts a shadow on Turkey’s stated impartiality toward Central Asian republics.

According to Kerim Has, a Moscow-based Turkish academic specializing on Eurasian affairs, the debut of Turkish drones in the recurring border clashes between Kyrgyzstan and Tajikistan has added a new dimension to the conflict. The expansion of the Turkish drone market in Central Asia could deepen Turkey’s military-strategic influence in a region that Russia sees as its backyard and annoy Moscow, he told Al-Monitor, though any countermove appears unlikely at present, given Russia’s growing troubles in Ukraine.

For Has, the TB2 drones have tipped the scale in favor of Kyrgyzstan after Tajikistan enjoyed a relative military edge for years. “While Kyrgyzstan usually suffered the heavier losses in previous border clashes, Tajikistan is suffering serious losses this time,” he said, stressing that the use of the Bayraktars has reinforced perceptions that Turkey is siding with Kyrgyzstan.

The scholar cautioned that drone sales might ultimately bring more harm than benefits for Turkey. He said, “The current situation could hurt Turkey’s ties with Tajikistan or encourage Tajikistan to acquire drones from Turkey, Iran or Russia to restore the balance vis-a-vis Kyrgyzstan. Should the drones come from Iran, this could expand Tehran’s influence. And if Turkey sells drones to Tajikistan as well, it could face reactions from Kyrgyzstan. Thus, the drone trade could hardly please both sides. Turkey risks harming its relations for the sake of a few hundred million dollars in profits for Erdogan’s inner circle.”

According to Has, the use of drones prolongs the clashes and causes more casualties, making it harder to find a diplomatic settlement to the border dispute between Kyrgyzstan and Tajikistan. “This, in turn, is harming the efficiency of the Collective Security Treaty Organization and the Shanghai Cooperation Organization, which set off in 1996 with the aim of resolving territorial disputes,” he said, recalling that Kyrgyzstan and Tajikistan are members of both groups. “The negative momentum the drones add to the clashes is annoying not only to Moscow but also to Beijing,” he added.

In the most recent controversy, Turkey had to relocate its embassy in Ethiopia to Kenya earlier this year in the face of threats over the Ethiopian government’s use of TB2 drones against Tigray rebels.

In short, drone sales to conflict zones could strengthen Turkey’s bonds with certain parties but harm its ties with others. The spilling of such controversy to Central Asia is a bad signal also in terms of the transport corridor that Erdogan dreams of creating to Central Asia on the basis of potential reconciliation between Azerbaijan and Armenia.