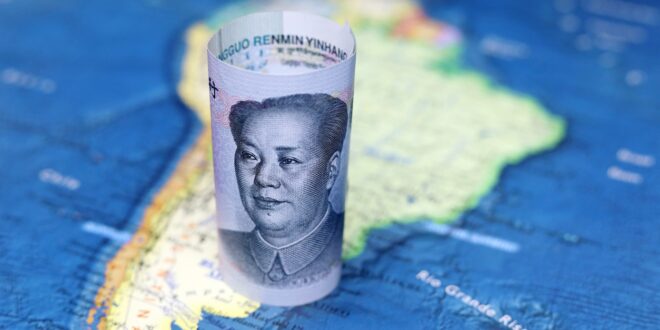 The Chinese have proved in word and deed their intent to dominate the rest of the 21st Century.

Unlike like the gruesome tactics of Vladimir Putin, the Chinese apparently seek to the acquire that global position without the need to fire a shot. Nuclear weapons in their arsenal? No question. A strong military? Yes, with a navy that has a significant ability to challenge our Pacific fleet. Space exploration? They are already there. Digital dominance? Well on their way, with the ability to monitor the thoughts, comments, and opinions of over one billion citizens.

But is their economy with which they seek to relegate the United States to a second-rate world power — with their knowledge that it was a bankrupt economy that ultimately dismantled the Soviet Union.

The latest insight into their strategy for unassailable global dominance comes from the sea and it has little to do with their new aircraft carrier or deep diving submarines. Rather, it has to do with fish.

The New York Times has published an exhaustive study of China’s fishing industry, describing it as “a global fishing operation unmatched by any other country.” The intensity, scope, and proximity of their fishing fleets to the waters off the Americas prompted the Times to observe, “The scale has raised alarms about the harm to the local economies and the environment, as well as the commercial sustainability of tuna, squid and other species.”

Massive Chinese factory ships are prowling the waters seeking tons of fish to make up for the loss of fish in their own waters and, not surprisingly, the Times reports that these vessels regularly violate territorial waters of sovereign nations that border the oceans.

This is not the first time that fishing rights have sparked international outrage. The “Cod Wars” occurred between Great Britain and Iceland in the 1950s over who could fish the North Atlantic. The newly recognized United States and Great Britain needed to hammer out fishing rights in the 1780s, and things became dangerously contentious in the 1800s before common sense prevailed.

But in the 21st Century we are on far more dangerous ground: the Chinese clearly view global fishing anytime, anywhere, and without regard to sustainability, among their rights as the ascendant superpower of this era. Treaties, such as the one that protected democracy in Hong Kong, are apparently mere scraps of paper.

Yet the world’s oceans are not the only place where the Chinese are claiming ownership. Try America’s farmlands.

Published reports reveal that Chinese companies are purchasing significant tracts of farmland in our nation’s heartland. Think of the implications when a country who views us as an obstacle to their global dominance buys up the very property we depend upon as essential to feeding our population.

North America, however, is not their only acquisition target. The Chinese are also pursuing ownership of natural resources in South America essential to a modern economy.

In response, the nations of North and South America urgently need to convene to draft a new Monroe Doctrine. Much as the original document put European powers on notice that the sovereign rights of nations emerging in the New World must be respected or face a hostile United States, China must understand that poaching in waters off signatory nations will be met forcefully.

A 21st Century Monroe Doctrine would unambiguously remind China that while the nations of the North and South Americas may have their disagreements, they stand as one in recognizing the intent of the Chinese to overturn the current order. Such a diplomatic effort would unify New World nations of profoundly different cultures, reminding their leaders that their cross-border disputes and differing ideologies pale in comparison to the external threat just off their shores.

We are understandably distracted by any number of crises: Putin’s war, the lasting impact of the pandemic, the escalating recession, the catastrophic impact of drug abuse, the disastrous state of public education, and more. But understand that the Chinese fleets working 24/7 off the coasts are just a reflection of Beijing’s intent to land a far bigger fish: global dominance at the expense of every other nation on the planet.