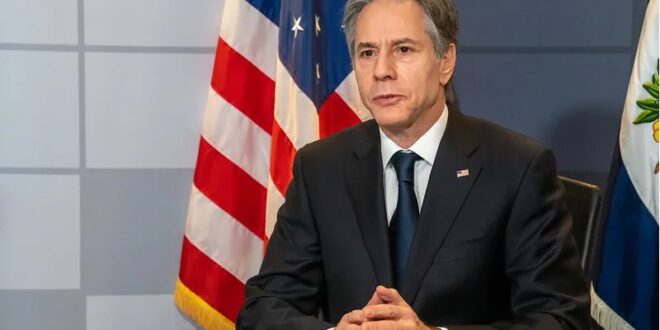 The State Department has a new appointee. Secretary of State Antony Blinken has:

“Designated Monica P. Medina as the United States’ Special Envoy for Biodiversity and Water Resources, signaling the Biden-Harris Administration’s commitment to resolving the world’s intertwined biodiversity and water crises. Monica Medina is the Assistant Secretary of State for Oceans and International Environmental and Scientific Affairs and will take on the Special Envoy designation in addition to her current duties.“

Monica Medina, 60 earned a degree in history at Georgetown University and her J.D. at Columbia. Her bio shows no advanced degrees in hydrology, biology, or earth sciences. On the other hand, she has spoken out on political issues.

“The Green New Deal is a unifying political message that gets back to the basics of creating an economy that works for all people and protects the planet as a result,” Medina wrote back in January of 2019. How the Green New Deal would create this economy and protect the planet, the attorney with a history degree did not explain.

When he announced Medina’s appointment, Secretary of State Blinken did not explain that the special envoy is the wife of Ron Klain, chief of staff for Joe Biden. The Washington Post story headlined “In a first, U.S. appoints a diplomat for plants and animals,” also failed to note the Klain connection. If readers thought Medina’s special envoy post was entirely due to nepotism, it would be hard to blame them.

Climate superstition, misguided policy, and nepotism all come together at the U.S. State Department, abetted by journalistic malpractice.