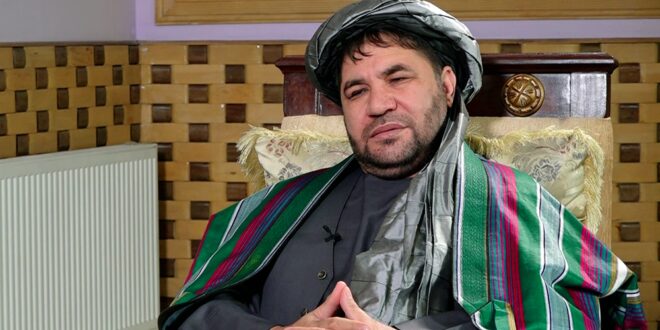 Peace is only option to end all conflicts in Afghanistan: Qaisari

The former police chief of Qaisar district of Faryab province considers peace to be the only option to end problems and conflicts in Afghanistan.

In an exclusive interview with Ariana News broadcast on Friday, Nizamuddin Qaisari said that the full support of the people for the Islamic Emirate of Afghanistan (IEA) depends on the equal treatment of all sections of the country, and on allowing women and girls to work and educate.

Qaisari sees the reason behind the fall of the Republic as dissatisfaction of the people, and the presence of mafia in the leadership of the previous government.

He also called on the IEA to make good decisions to form a better system.

“The Republic system was the puppet of outsiders, and Ashraf Ghani and his deputies were mafia. I am happy for its collapse,” Qaisari said.

Qaisari also called on the IEA to make good decisions to form a better system.

“The current system is Islamic, and I call on the leader of the Islamic Emirate to form a better government,” he said.

Qaisari said that he was always victim of conspiracies, and after being released from prison, he was banned by Ashraf Ghani from traveling abroad, and was under house arrest until the establishment of the Islamic Emirate.

“I was the victim of conspiracies of Ashraf Ghani’s government and his team. I was suppressed by them. I was imprisoned. Ashraf Ghani barred me from travelling abroad,” Qaisari told Ariana News.

Besides calling for the return of Afghan personalities abroad, he also said that the cause of all the problems in Afghanistan is Pakistan.

According to him, Afghanistan would never face such problems if Pakistan was a good neighbor.