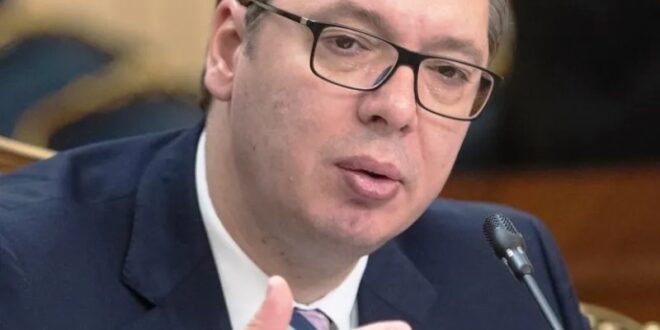 Zorana Mihajlovic, former Serbian minister of mining and energy, said she “did not agree to be a pawn“ which “may be the reason“ why she will not be part of the newest Serbian government after 10 years of being a senior official.

At her last press conference as a minister, Mihajlovic thanked President Aleksandar Vucic but said: “maybe he will have one less headache“.

“I don’t think it will be easy for him but I also think maybe he will have one less headache, so he won’t have that single different tone from the government that he had until now,” Mihajlovic told the media.

In the public and media, Mihajlovic was seen as a pro-Western voice and a rare critic of Russian influence in Serbia.

New Serbian government will have 25 ministries and three ministers without portfolios and besides Mihajlovic, some other veteran ministers of multiple areas will not be in office, like Interior Minister Aleksandar Vulin.

Vuk Vuksanovic, senior researcher at the Belgrade Centre for Security Policy, says that changes in the new government “at first glance seem monumental“ but that it will be only “continuity“ and that “one man [Vucic] will continue to make all decisions, especially when it comes to foreign policy“.

“What is striking here is that those who were considered pro-Russian and who did not have any strength in the electorate on the basis of which Vucic could be harmed, that is Vulin and [minister in charged for innovations and technology development Nenad] Popovic, were cut off; this was evidently a concession to the West,” Vuksanovic told BIRN.

When it comes to Mihajlovic’s dismissal, Vuksanovic said it is possible that Vucic “had to ‘shuffle the cards in order to also make some concessions to conservative parts of his party, where she is not popular“.

The new energy minister will be Dubravka Djedovic Negre, who worked for 16 years in the European Investment Bank, and four years as head of its Office for the Western Balkans.

Socialist Party leader Ivica Dacic will be new Foreign Minister, a position which he held before from 2014 to 2020, but also head of the Security Services Coordination Bureau.

Vuksanovic says these appointments should show that “there is still a certain presence of the Russian factor in Serbian foreign policy“.

Vuksanovic see this appointment as Vucic’s “way to please the European Union, to show that there are people with a strong EU direction … that he wants to take European integration more seriously“.

“All of this is in some way a different form of signalling to different actors in the international arena, while on the other hand, this policy of balancing somehow persists,“ Vuksanovic told BIRN.

Current mayor of Novi Sad will be new Defence Minister while the current head of the Security Information Agency Bratislav Gasic will be new interior Minister.