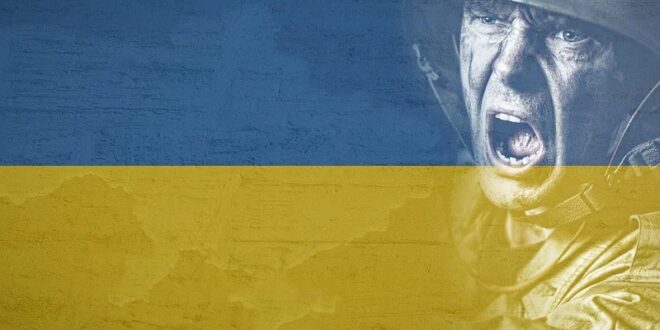 Is Ukraine Going Too Far? – OpEd

In the last couple months, Ukraine has successfully pushed back against Russia’s invading forces. It retook a large chunk of territory around the northeastern city of Kharkiv. It is on the verge of recapturing the only major city—Kherson in the south—that Russia has occupied since February. Ukrainian forces have also targeted airfields in Crimea and may well be responsible for the attack that caused significant damage to the single bridge connecting the peninsula to the Russian mainland.

As the Crimea attacks indicate, Ukraine has not been shy about launching operations inside Russian-occupied territory. Artillery provided by the United States—the HIMARS multiple rocket launcher—has seriously weakened Russian forces located dozens of miles behind the front line. Ukraine has also relied on operatives in enemy territory to provide the information necessary to destroy Russian infrastructure, like a base run by the Russian paramilitary outfit Wagner Group in Luhansk province. Partisan outfits like the Free Ukraine Resistance Movement have taken out arms depots and killed collaborators.

More controversially, Ukraine has expanded the war to the Russian mainland. In August and September, Ukrainian forces bombedmilitary installations in the Belgorod region just over the border in Russia. The U.S. government believes that the Ukrainians were behind the August 20 assassination attempt on prominent Putin advisor Alexander Dugin that killed his daughter.

Russia has retaliated even as it has fallen back. With the help of Iranian drones, it has launched aerial attacks throughout Ukraine, knocking out about one-third of the country’s energy infrastructure. Russia, a petrostate dependent on its fossil fuel sales, has also managed to destroy 90 percent of Ukraine’s wind power and half its solar energy generation, a grim reminder that this is a battle not just between two states but between two different visions of the future.

The latest risk, with Russian forces preparing to retreat from Kherson, is the destruction, partial or total, of the Kakhovka hydroelectric facility. Blowing up the dam, which is located about 45 miles north and east of Kherson, would deprive Ukraine of electricity. The release of all that stored water would complicate Ukraine’s efforts to recapture that territory. On the other hand, it would also disrupt water supply to Crimea via the North Crimean canal, which is certainly not in Russia’s interest. And it would compromise the functioning of the Zaporizhzhia nuclear power plant, which is certainly not be in anyone’s interest.

The ultimate risk is that Russia will use a nuclear weapon. Although such an escalation would bring little battlefield advantage—and likely drive a wedge between the Kremlin and wavering allies like China—Vladimir Putin has shown a willingness in the past to cross red lines.

Ukrainian leader Volodymyr Zelensky was originally determined to repel Russian invaders and reestablish the pre-February territorial status quo. That objective has shifted after Ukraine’s successful counteroffensive, and now Zelensky wants to press further and eject Russian forces from all of the Donbas region and Crimea as well. This more ambitious goal troubles those who worry about more aggressive Russian responses.

So, will Ukraine’s battlefield successes make Russian escalation more likely and an eventual peace agreement less so? In other words, should Ukraine “cut its wins” and negotiate with Russia now from a position of relative strength? And should the United States put pressure on Ukraine to make such a deal?

Back in May, Henry Kissinger made the case that Ukraine should give up territory for peace (a position I argued against here). John Marks, the founder of the venerable Search for Common Ground, made a similar case, but from a somewhat different starting point:

Continued fighting over the last six months, of course, has resulted in the opposite: Ukraine has preserved its viability as a country by fighting with redoubled determination. In theory, Ukraine could have traded territory for peace back in the spring. But theory plus a quarter will get you a gumdrop.

In reality, Russia wasn’t interesting in negotiating because the Kremlin still harbored greater territorial ambitions. Meanwhile, on the other side of the imaginary negotiating table, there is no evidence that the United States or the UK pressured Ukraine to continue fighting rather than accept a supposed olive branch, despite claims to the contrary. Indeed, the Zelensky government deeply distrusted the Kremlin. Russian war crimes and consolidation of rule in occupied territories fueled this mistrust, not anything Boris Johnson or the Biden administration might have said to him.

And yet, this notion that Ukraine must compromise—and the United States must effectively twist its arm to do so—remains a persistent theme among certain segments of the peace movement. Consider this recent poll from the Quincy Institute, which shows that Americans by a rather slim margin (49 percent to 37 percent) believe that the U.S. government should do more diplomatically to end the war in Ukraine. A somewhat larger percentage of all voters (57 percent) strongly or somewhat strongly support the United States pursuing diplomatic negotiations even if Ukraine has to make compromises.

As for Washington doing more diplomatically, how feasible is such a suggestion? After all, the United States is an active party to the conflict and therefore not an honest broker. Of course, Washington should keep open channels of communication with the Kremlin. But other than warning the Russians not to escalate and outlining various deterrent measures, what can the Biden administration do without going behind the backs of the Ukrainians?

The challenge of urging diplomacy at this moment can be readily seen in this week’s kerfuffle involving the Progressive Caucus. After releasing a letter urging the Biden administration to do more diplomatically to end the war, it had to turn around and retract the document after some signatories objected to its timing. They’d signed the letter back in June or July, and facts had meanwhile changed on the ground. Moreover, the letter risked becoming just another voice urging the Ukrainians to “compromise” in a chorus of disreputables that includes Elon Musk, Tulsi Gabbard, and Trumpists in the Republican Party.

The diplomatic overture suggested by both the retracted letter and the Quincy poll—not stated but strongly implied—would be that the United States persuade Ukraine to give up its recently expanded goal of retaking the Donbas and Crimea. In other words, behind this talk of compromise lurks the same quid pro quo raised by Kissinger: land for peace. In another context, the Israeli-Palestinian conflict, progressives have urged a similar formula—but exactly in reverse. It is the aggressor country, Israel, that is expected to give up land to the Palestinians in order to secure amicable relations.

Who among those urging more diplomacy and greater commitment to compromise is asking Russia to give up territory in order to achieve peace?

The use of nuclear weapons is a trump card. Putin supposedly is considering playing this card if backed into a corner. But it is also a card played by those urging Ukraine to compromise: it’s not worth blowing up the world just so that Ukraine can recover a few scraps of land.

The Ukrainians have demonstrated that they’re willing to accept these consequences. According to a Gallup poll in mid-September, a solid majority of 70 percent of Ukrainians prefer to fight until they win against Russia. Only 26 percent favor negotiations to end the war immediately. Europeans, meanwhile, have more mixed views with generally strong backing for military assistance to Ukraine and sanctions against Russia, but undercurrents of support in Germany and France for a more immediate diplomatic solution. Significantly, French President Emmanuel Macron, who had previously been the greatest advocate of a deal that doesn’t humiliate Russia, recently declared that Ukraine must “choose the moment and the terms” of any peace deal. The successful Ukrainian counterattack has stiffened the backbone of its wavering defenders.

No one, of course, wants to deal with the consequences of nuclear war. It’s hard to rule out the possibility that Putin authorizes the use of tactical nuclear weapons, given the tensions in U.S.-Russian relations and the tendency of the Russian president to “damn the torpedoes.” But it’s also hard to imagine that Russia would actively plan a nuclear option, even a limited one. The Kremlin has taken great pains to avoid a direct confrontation with NATO. For instance, although it has threatened to bomb the convoys of weapons coming from the West, Russia has not attacked any of the supply hubs.

The fact that Putin even considers the use of nuclear weapons is a great failure of U.S. policy as well. Successive administrations have normalized nuclear weapons by developing various tactical variants. Although arms control agreements have limited and even reduced numbers of strategic—or long-range—nuclear weapons, so-called battlefield nukes have never been subject to any limitations (other than self-imposed ones). The United States deploys 100 nuclear gravity bombs (out of 200 in the U.S. arsenal) in five European countries. Fortunately, the Biden administration has nixed a Trump proposal to revive nuclear-armed sea-launched cruise missiles, but these weapons could make a comeback in a future Republican administration.

The United States must plan for a post-war security order that takes real steps toward nuclear disarmament, with tactical nukes included in the negotiating process. It isn’t good enough any longer for a U.S. president to pledge, as Obama did, to get to zero nukes at some vague point in the future.

Some administration officials are clearly uncomfortable with Ukrainian efforts to bring the war directly to Russian soil. That’s why they leaked their intel on Ukrainian involvement in the attempted assassination of Dugin. True, the United States is providing Ukraine with considerable information and technology to help with targeting Russian assets, for instance to kill Russian generalsand to take out radars. But both the United States and Europe are trying to tread a fine line: inflict losses on Russia without triggering a direct confrontation. So, for instance, the West has refused to impose a no-fly zone above Ukraine. It has also not acceded to Ukrainian requests for longer-range artillery (ATACMS) and fighter jets, precisely the weapons Ukraine would need to attack deeper into Russian-occupied territory or into Russia itself.

Unfortunately, there is no such restraining hand on the Russian side. Putin can order as many punishing air strikes of Ukrainian cities and infrastructure as his arsenal allows. He can engage in as many war crimes as he deems necessary, since he doesn’t seem particularly bothered by international condemnation. There is no significant anti-war counterforce within Russia with which Putin has to negotiate. In fact, it’s quite the opposite. He faces hardline nationalists and more aggressive military bloggers who want him to prosecute the war more vigorously.

So, let’s be honest. The side that needs to compromise is Russia. So far, it shows no sign of such willingness. The annexation of the Donbas regions suggests a maximalist position. That annexation will not likely be reversed at the negotiation table—imagine Putin trying to sell such a loss to a population that thinks this war is a threat to its very existence—so Ukraine feels compelled to reclaim that territory by force.

Ideally the rule of law should prevail over the rule of force. But Russia blew a gaping hole through that principle by invading Ukraine in the first place. The few forays into Russian territory that Ukraine has made—the one assassination, the couple of attacks—do little to alter the fundamental asymmetry of this war whereby Russian soldiers kill Ukrainian civilians with impunity and Ukrainians are fighting for their very lives.

In other words, Ukraine has a long way to go before it has gone too far.