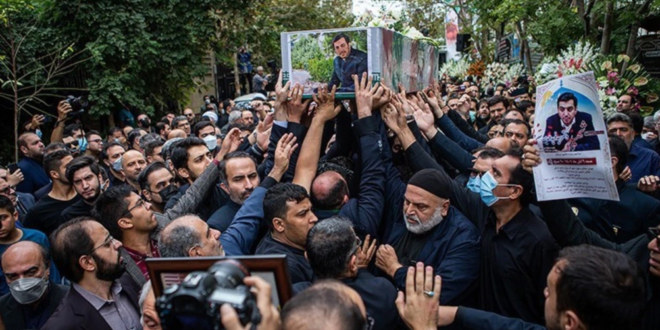 Iran Arrests 26 Foreigners It Says Were Behind Shiraz Mosque Attack

Iran’s Intelligence Ministry says it has arrested 26 people — all foreigners — in connection with last month’s attack on a Shi’ite pilgrimage site in the southern Iranian city of Shiraz that has been claimed by the Islamic State (IS) militant group.

In a statement published on November 7, the ministry alleged an Azerbaijani national was the main person inside Iran who was involved in directing and coordinating the attack.

“All of those arrested are non-Iranians. They are nationals from the Republic of Azerbaijan, Tajikistan, and Afghanistan,” the statement added.

At least 15 people were killed on October 26 in an attack on a key Shi’ite Muslim shrine in southern Iran, with IS claiming responsibility for the assault.

State television said the attack, carried out by a lone gunman during evening prayers at the Shah Cheragh mausoleum in Shiraz, also left at least 19 people wounded.

The attack came amid a brutal state crackdown on weeks of antiestablishment protests that erupted following the September 16 death of Mahsa Amini while in police custody for allegedly wearing a head scarf improperly.

Many Iranians believe the regime is trying to exploit the attack to weaken and suppress the protests, which have become one of the most serious challenges to the Islamic leadership since the revolution in 1979.

The Institute for the Study of War says the attack does not fit the typical IS profile and believes it could have been an attempt by authorities to stoke sectarian tensions in Iran.

Referring to such accusations, the Intelligence Ministry threatened in its November 7 statement to prosecute those who attribute the attack to the intelligence agencies of the Islamic republic.

Post Views: 78
Previous Record number of foreigners repatriated from IS camps in Syria this year
Next Top Mali Commander Calls On All Tuaregs To Fight Islamic State Group