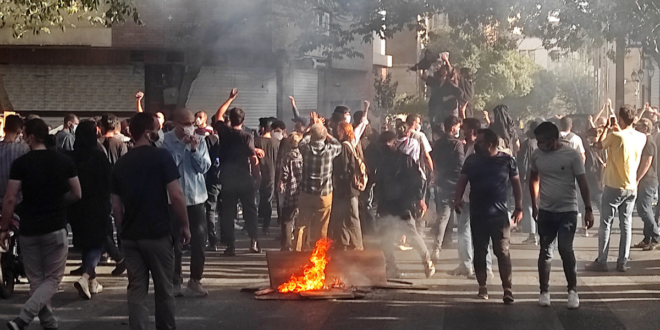 Hundreds Charged for Participating in Iran Anti-Government Protests, UNHRC Could Meet on Iran

More than 750 people were charged in three provinces in Iran for participating in recent protests against the government that started in mid-September over the death of 22-year-old Mahsa Amini while in the custody of the modesty police for not wearing her hijab correctly, according to reports over the weekend.

This is on top of the more than 2,000 who already have been charged, about half in the capital, Tehran. At least 300 protesters have been killed since the start of the demonstrations, according to human rights organizations. Meanwhile, Germany and Iceland submitted a request on behalf of 42 countries to hold a special session of the UN Human Rights Council later this month on the continuing demonstrations in Iran. It would be the first time a UNHRC meeting is convened on Iran, and it would be held outside of the international body’s regular schedule.

Iran’s foreign minister Hossein Amir-Abdollahian, in a call at the end of last week with UN Secretary-General Antonio Guterres, said a Human Rights Council meeting would be held by Western governments “who propagate violence and terror,” and said Iran has “shown deep restraint during recent riots.”