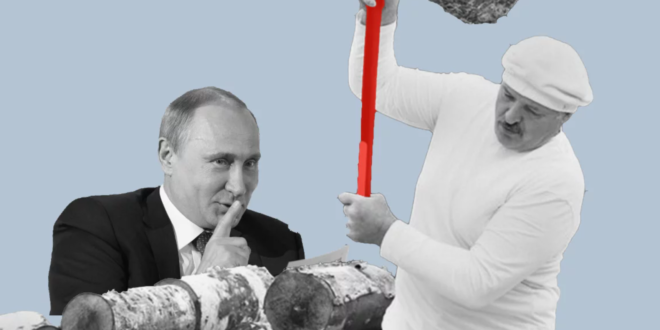 The energy apocalypse that wasn’t. Where the Kremlin miscalculated

By the beginning of November, EU countries had accumulated more than 100 billion cubic meters (bcm) of gas. Underground storage across Europe was filled at an average of 94.68%. In Germany, the largest consumer of gas on the continent, storage reached 98.52%. At the same time, the spot price on the Dutch exchange was fluctuating around $1,200 per 1,000 cubic meters (tcm), half the peaks of December 2021 and a third of the record level from March, a few days after the Russian invasion of Ukraine.

Bloomberg estimates that even if Russia completely cut off gas supplies in November, European countries would emerge from the winter heating season with underground gas storage filled at a rather comfortable 38%. That is despite the fact that Gazprom exports to non-CIS countries, according to the company, tumbled 42.6% in the first 10 months of 2022. Meanwhile, the share of Russian gas in the European market, according to the International Energy Agency, fell from last year’s 45.0% to 6.7%.

Winter won’t be a disaster

This suggests that the Europeans have basically succeeded in doing what seemed improbable even just back in the summer: replacing the lion’s share of Russian gas in the market and plugging fuel shortages, at least for the coming winter. Speaking in mid-October at the Verona Eurasian Economic Forum, Leonid Mikhelson, head of Russia’s second biggest gas company Novatek, indicated that as of October 1, Russia had delivered 50 bcm less gas to Europe than last year. The Old World, however, had received 43 bcm more liquefied natural gas (LNG), with 29 bcm of that coming from the US.

Against this backdrop,
“The myriad prophecies of the ‘energy apocalypse’ awaiting Europe spun by Russian politicians and analysts look less and less convincing.”

Having resolved the problem of gas stocks, European countries set about addressing the price problem. On November 2, the German government began discussing proposals by an ad hoc expert group to introduce a gas price ceiling for German consumers, which is likely to be put in place. It is supposed to last from March 2023 to April 2024. The government will subsidize both industrial consumers and the population, with the guaranteed prices set at different levels.

Households will pay a maximum of EUR0.12 per kilowatt hour (kWh), which corresponds to a price of EUR 1,320 per tcm – almost EUR 700 below gas retail prices in October. At that price, households can get 80% of their average consumption in 2021, while the rest is to be bought at market prices. For industrial enterprises, the “ceiling” price is much lower: only EUR 0.07 per kWh or EUR 770 per tcm; however, the limit is also lower at only 70% of average 2021 consumption. In addition, companies will have to commit themselves not to cut production and to retain 90% of their employees.

These subsidies will cost the German budget about EUR 91 billion. They are expected to be funded through government borrowing, i.e. by increasing public debt. The figure is big, but by no means shocking. Supporting businesses and households during the pandemic cost the German budget much more. Moreover, the bill may come in lower. For example, due to warm weather, on October 20 the exchange price for gas in Europe dipped below EUR 1,000 per tcm, 25% lower than the ceiling price for households.

There is no doubt that other European countries will follow Germany’s lead. There is nothing good about ballooning budget deficits and public debt. Additional government spending can, for example, fan inflation. Nevertheless, the consequences of significant swings in prices for one of the main commodities consumed by the economy are much worse.

It would be foolish to deny that Europe – along with the rest of the world – is going through an energy crisis. However, the thesis actively pushed by the Russian government that “Europe got what was coming” – it took unprecedented actions against Russia after the start of the war in Ukraine and is now suffering much greater economic losses than Russia (which only benefits from high commodity prices) – isn’t in great shape. And not only because the energy crisis in Europe began a few months before the start of the war.

To see this, we can just look at the price chart of gas futures for next-month delivery to the Netherlands (the red indicates the days when the price fell, and the green when it rose). The Europeans are inclined to blame everything on Gazprom, which did effectively manipulate the market. Yet, to be fair, its actions fell on very fertile ground. Demand for energy bounced back sharply as economic growth swiftly recovered across the world.

The largest LNG producers began to redirect supplies to Asia, where prices rose faster than in Europe. In any case, last year prices rose throughout September before soaring in October to an all-time high of $2,000 per tcm. At that time, Gazprom was heating up the market by constantly reducing the volume of gas pumped through the main routes to Europe, pointing to one reason or another for the reductions.

It just so happened that on September 10, 2021, Gazprom CEO Alexei Miller triumphantly reported that construction of the Nord Stream 2 gas pipeline had been completed. The only problem was receiving certification. Putin periodically reminded how much Europe would gain after gas started flowing through the new pipeline, while Miller delicately manipulated the valves.
“As a result, by the beginning of the last heating season, the situation in Europe was much worse than now. At the end of October 2021, the European underground storage operated by Gazprom through its subsidiaries was practically empty.”

At a meeting with Putin on October 27, 2021, Miller said: “Currently, the volume of our gas in underground storage facilities is insignificant, really very, very low, a little less than 190 thousand cubic meters of gas.” To speak of “thousands” of cubic meters, when tens of millions is being pumped daily even now, means dealing in statistical error. At the meeting, Putin instructed Miller to first fill up Russian storage and then increase flows to Europe. This brought prices down for a while, but supply disruptions continued, and in December quotes soared even higher.

At the end of last year, there was a feeling that all these “games” had two goals, one political (Putin took advantage of the energy crisis to condemn the “too hasty” energy transition and try to discredit renewable energy) and one practical (an attempt to speed up the certification of Nord Stream 2, which would mean an end to supplies going through Ukrainian territory).

However, it became obvious with the launch of the “special operation” that the Kremlin would give the Europeans a not-so-nice winter to demonstrate how much the Old World depends on Russian hydrocarbons and how easily Russia can destabilize the situation. It’s possible that the plan of the “special operation” really entailed a Russian group taking control of large Ukrainian cities in a couple of weeks (maybe a month), including Kyiv, overthrowing Volodymyr Zelensky and initiating new “elections,” with a guaranteed victory for a figure loyal to the Kremlin who would be completely dependent on Moscow. In this scenario, neither serious sectoral sanctions from Europe, nor effective assistance to Kyiv was supposed.

This side of the pipe

When that plan failed, energy blackmail became one of the main instruments of Russian foreign policy (at least in relation to Europe). Inside Russia, politicians, bureaucrats and analysts of all stripes (and then the media) began to actively push the thesis that Europeans were suffering much more from the sanctions, while Russia, on the contrary, was only reaping the benefits. The price of gas and oil was cited as an argument: the latter soared to $ 140 per barrel in March 2022 before correcting slightly, though it hardly dropped below $ 100 per barrel until August.

Throughout the spring and summer, Russia and the West (including Western analysts) were calculating the windfall profit for the Russian oil and gas sector from the unfolding energy crisis. In fact, however, everything has turned out much less rosy for Moscow.

For example, Gazprom supplies piped gas (it is the main method of delivery for exports) not at market prices but under prices fixed in long-term contracts. Moreover, prices are much lower for China – where Russian exports are rising – than for Europe. Yet taking into account the drop-off in deliveries to Europe (they look set to fall by half for the year), it’s not a given that the company will manage to just repeat its 2021 financial performance. The situation is complicated for oil companies as well. Since the outbreak of the war, India and China have become the main buyers of Russian commodities. Deliveries to these countries (especially to India) have increased manifold. It’s only in Asia they’re ready to take Russian oil – but with a very big discount.

The real numbers are very different from market prices. In early November, the Russian Finance Ministry reported that the average price of the Russian brand Urals was $ 79 per barrel for the first 10 months of the year and just over $ 70 in October. A year ago, the same barrel cost more than $ 80. In addition, Russian oil companies, firstly, weren’t forced to reduce production because of sanctions and, secondly, could pump oil to Europe through pipelines, which is much cheaper than delivering it by tanker.
“Finally, the tough financial and technology restrictions are limiting the possibilities for Russian companies to fully use the money they earn.”

A few months after the sanctions were introduced, Russian Finance Minister Anton Siluanov complained that the dollars and euros for which Russia sells its “national wealth” (oil and gas) have turned into “toxic paper wrappers,” which can’t really purchase anything or be put away in a bank until better times. The problem is that the Russian federal budget is based on commodity export revenues. Meanwhile, the Finance Ministry, faced with a drop in non-oil and gas revenues combined with an unforeseen rise in expenditures, has sharply increased taxes on Gazprom this year.

Thus, totally shutting off the oil or gas valve – on top of the dramatic drop in industrial production – is fraught with the collapse of public finances. As Sergei Kiriyenko, first deputy head of the Presidential Administration, said in October: “the future must be envisioned and designed,” but “the real future will never correspond to the project.”

Gazprom’s rather unsuccessful attempts to stage a “cold winter” in Europe have created a situation in which the company has already been forced to slash production. Over the first 10 months of 2022, output was down 18.6%. Chest-thumping about a reorientation of supplies to the East has run into a logistics problem: it is physically impossible to deliver more to China than currently. Thus, the options are either to make peace with the drop-off in production and export earnings (which the Russian treasury can’t really afford) or to try to go back to Europe. But reclaiming the market share lost by Gazprom won’t be easy. It could wind up in a price war with suppliers who’ve occupied an attractive niche. In the end, the upcoming winter may not be dramatic for the Europeans at all.

Post Views: 69
Previous Qatar’s Double Game: Funding Islamists While Pretending to Be America’s Ally
Next It’s Costing Peanuts for the US to Defeat Russia