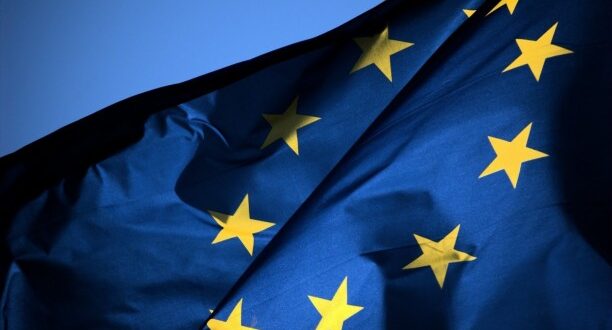 A Time for Europe to Look Inwards

In 1945 from the ruins of the second world war emerged a new world and initially, for the people of world aspiring for democracy, freedom and justice the USA emerged as the most important center of hope. This is not because these people were not aware of several highly suspect aspects of the US ruling classes, but because these had been covered up to a significant extent by over one decade of the relatively enlightened presidency of FDR. As some of the leaders of the far right and fascist forces within the USA had been implicated in a coup attempt against FDR in the early 1930s and should have been imprisoned (but were not), they could not afford to be too aggressive. Then there was the vast popularity of FDR to contend with and the special circumstances of the world war as well. Hence the extreme right forces, despite the known continuing links of some important US companies to Hitler-led Germany till quite late in the war years, on the whole had to lie low for some time.

Under these circumstances the FDR years, which also saw relatively more sympathy for the freedom movements of several colonized countries much to the chagrin of Churchill, allowed the USA to emerge in a better light for those aspiring for democracy, freedom and justice.

Very unfortunately FDR died too soon, without completing his full elected term and in fact even before the war ended, allowing the waiting extreme right forces to re-assert. However Eisenhower with his visionary concern about the military industrial complex and his prestige managed to keep them in check to some extent.

John F. Kennedy was even more concerned about restraining them, particularly after having suffered stings of their hostility early on in his presidency, but after his assassination in 1963, and that of his brother presidential candidate Robert Kennedy and the great civil rights and peace activist Martin Luther King Jr. five years later in 1968, allegedly at the behest of extreme right-wing militarist forces within the USA, the ground was clear for right-wing militarism to become the dominant force in the USA establishment permanently, regardless of which of the two political parties is in power, a trend that has continued to this day.

It was under these circumstances that the center of hope for the forces of democracy and peace shifted to Europe. As Europe had suffered so massively from two world wars, there was a bigger yearning here for peace, as reflected in internal unifying processes which finally resulted in the emergence of the European Union. Europe also had some visionary leaders during this period with relatively higher commitment to justice. These countries appeared to be providing more space for alternative thinking and ideas based on justice and peace and a broader vision of democracy. All this helped to increase the attraction for Europe among those aspiring worldwide for more genuine and broad-based democracy, justice and peace. This was strengthened by strong support given to environment protection by significant sections of society in Europe and the encouraging progress of Green Party in leading countries like Germany.

However as Europe basked for some time in this glory as a center of peace, stability and aspirational ideas of creating a better world, several dangers remained in the core even though these could be covered up for some time. The biggest danger for Europe as a center of peace of course came from the membership of the USA led military alliance of NATO, the establishment of US military bases here and the parking of nuclear weapons here by the USA, in five countries other than the two which have their own nuclear weapons. While 10 European countries were members of NATO to start with, this number has increased steadily to 28 now and is set to be 30 soon. What is more, while the immediate post-cold war years were apt for dissolving the NATO (following the dissolving of the Warsaw Pact), in reality the number of its European members grew at a very fast pace after this, even though it was known to most of these countries that this was in glaring violation of the assurances given to Gorbachev around 1990 of not even an inch of eastward expansion towards Russia. The more this continued, the more the chances of another destructive war within Europe (potentially much worse than the terrible violence, entirely avoidable, seen in the dismemberment of Yugoslavia) but the European big countries and the European Union did close to nothing to check this dangerous process, afraid of speaking against the USA.

This draws attention to the very limited ability of even the bigger European powers to assert for independent foreign policy when confronted with some Washington driven consensus. Despite poodle-like following by Blair, some other European countries managed a moderately independent policy during the Iraq invasions but even this limited independence appeared to vanish when the USA took highly dangerous steps of toppling a democratic government in Ukraine, then facilitated armed violence of extreme right militias against Russian speaking people in Ukraine (resulting in several thousand deaths), and provoked a Russian invasion of Ukraine. Then peace initiatives as early as March-April 2022 which were progressing were sabotaged (as were Minsk accord earlier), with Boris Johnson as eager a collaborator as Blair was in Iraq. European allies were asked to stand more and more firmly behind Washington as one dangerous step followed another, with the sanctions and then the sabotage of Nord Stream plunging Europe in deep energy crisis, loss of jobs, inflation and prospects of a cold winter for many people. European countries were driven to such submission as to endorse one act after another which were harmful to their own interests, as also to world peace and stability, and those countries which had been known as champions of freedom of expression all over the world could not dare to name the main culprits of Nord Stream sabotage despite knowing and understanding well their identity. Hence the pretensions of Europe as a center of world peace and democracy were more openly shattered for all to see in more recent times as leading European countries more or less obeyed the master in following a course which brought the world dangerously close to a third world war, likely to be a nuclear war. In the middle to all this, a leading European politician found time, opportunity and ‘wisdom’ to say that Europe has created a garden and the rest is a jungle, although only a school level text book is needed to know which continent inflicted the worst plunder and atrocities on world during the past 500 years or so and which continent caused the two world wars.

In fact even after most colonized countries of world had obtained their freedom and the writing on the wall was clear for all to see, some leading European countries continued highly violent and cruel repressions in some of their previous colonies, leading to tens of thousands of avoidable deaths. Even more recently, interventions by them in Libya and other African countries have inflicted very heavy costs. In terms of plunder by multinational companies and their quest for dominance, rigging of trade and investment rules which harm the poorer countries, Europe has continued to follow unjust policies. When the biggest GM seed company of the USA with an agenda of trying to dominate world farming and food system faced crisis situation due to increasing legal cases against it for causing death and disease with its highly hazardous products, it sought protection by merging its identity in a European giant multinational company. Now they are together on the same path as before.

This brings us to the plunder within and the increasing inequalities within Europe and its various countries, including leading ones. Several smaller East European countries face high levels of distress including trafficking. In Europe the top 10% of the population has 61% of the wealth, while the bottom 50% has only 4% of the wealth share. What is more, the richest have been adding enormously to their wealth in recent times, including COVID times, while the bottom 50% has experienced more suffering. So why have not these excessive profits including windfall gains been captured adequately by taxation for public good? Much hypocrisy has been used, lies have been told to deny this and commenting on this Thomas Piketty stated recently that some governments appear not to be able to count properly!

However there can be no doubt that some of the most profound and learned scholarship is to be found in Europe, with its extremely high levels of education and many great seats of learning. If despite this several of its most resourceful and powerful governments are ‘unable to count’ and are unable to name well-known perpetrators of highly harmful and provocative sabotage, then isn’t it time for Europe to take a more honest look inwards, regarding its present predicaments and policies, and more than that, its future path?