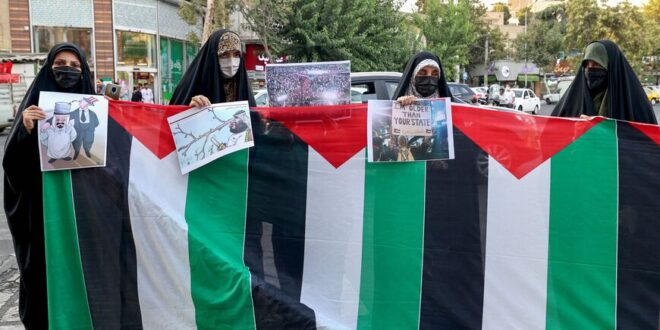 The commander of Iran’s Basij Organization says that the United States is engaged in a hybrid war against the country.

After two and a half months of protests leading to hundreds of deaths, including an especially high number of teenagers, Iran has continued to claim that foreign hands are behind the unrest in the country.

Gholam Reza Soleimani, the head of Iran’s Basij Organization, addressed the protests that began on Sept. 16 when a young woman died in police custody after being detained by the country’s morality police for her loose-fitting hijab. Soleimani said that Iran’s enemies, particularly the United States and Israel, have given up trying to confront Iran directly and are now “headed toward a hybrid war with the use of media and psychological war by deceiving the people of Iran.”

According to Soleimani, Iran has made great progress in the field of domestic production, in particular in the fields of energy, despite years of sanctions, and this poses a problem for the US hegemony. He added that 47 spy agencies are engaged in a “full-fledged hybrid war against the Islamic Republic.” The idea that the United States desires to topple the Islamic Republic due to the progress the country has made in the last four decades since the 1979 Islamic Revolution stems from comments made by Supreme Leader Ayatollah Ali Khamenei, who has made those comments numerous times — especially since the protests began.

Soleimani did not go into detail about which countries are affiliated with the 47 spy agencies and did not explain the nature of the hybrid war in detail. There is no secret, though, that a number of media outlets are currently operating and airing their coverage in Iran. The most prominent one as of late is the Saudi Arabia-funded Iran International, which has sensationalist coverage and whose journalists offer more commentary than news on their social media accounts. Perhaps due to those reasons, and their strong funding, the outlet has attracted viewers. Iran’s military commanders and diplomats have issued multiple warnings to Saudi Arabia over their coverage.

In addition to the deaths in the protests, there have also been thousands of arrests. According to a statement by the judiciary, there have been more than 1,000 releases of prisoners, some of them related to the latest protests. The statement did not clarify how many of those individuals were arrested in relation to the protests. The statement made clear that individuals who attacked security personnel or destroyed public property in the protests “would not be forgiven and there will be no leniency.”

Also according to Iran’s judiciary, four individuals have been sentenced to death for cooperating with Israel’s spy agencies. The individuals, who were described as “thugs,” were involved in crimes such as kidnapping, robbery, and destruction of private and public property. The article claimed that the individuals received money electronically.