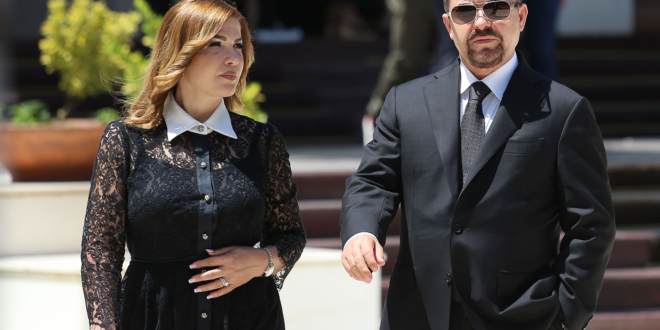 Honorary consuls are supposed to foster cooperation between two countries. In several cases involving Albania, they have dabbled in crime too.

On February 27, 2013, the then Sheraton hotel in Tirana was illuminated in the colours of the Mexican and Albanian flags. Inside, a band played mariachi music, women wore traditional ‘huipil’ dresses and waiters sported sombreros.

The occasion? The designation of Albanian media magnate Ylli Ndroqi as Mexico’s honorary consul in Albania, in the presence of senior state officials and the then Mexican ambassador to Roma and Tirana.

Albania’s then deputy foreign minister, Selim Belortaja, lauded Ndroqi as “a man of a different calibre”, while the ambassador, Miguel Ruiz Cabanas, now a deputy minister in Mexico, told those gathered that Ndroqi represented “the future of this excellent country.”

According to the foreign ministry, Ndroqi held the post until April 2018 and also served as chairman of the association of honorary consults. He passed the baton to his wife, Mimoza, who became Kosovo’s honorary consul in the Albanian coastal city of Vlora.

Kosovo cut short her mandate, however, in July 2020, a day after Albania’s special corruption and organised crime prosecution ordered the seizure of assets owned by the Ndroqi family on suspicion they had been bought with the earnings of drug trafficking.

The scandal that ensued has raised fresh questions concerning the procedures by which honorary consuls are appointed and the benefits they receive; the correspondence of honorary consults, for example, cannot be seized by authorities, nor can their mail or parcel shipments be subjected to checks.

The post is unpaid, but the status is much-coveted, earning whoever holds it a title, invitations to state ceremonies, special vehicle licence plates and, in the past, a diplomatic passport, all in return for promoting the interests of the country that appoints them. The ministry and law enforcement agencies are required to verify candidates, said Afrim Krasniqi, executive director of Albania’s Institute for Political Studies, but bad apples sometimes slip through.

“Generally speaking, this verification process is respected, but in Albania’s case it has happened that a number of businessmen, aiming to acquire diplomatic protection and to enhance their image as public personas, managed to find a country from which to get the status and that Albania authorities granted permission without adequate verification,” Krasniqi told BIRN.

“A personal or political connection can be enough to avoid scrutiny”.

The practice of appointing honorary consuls goes back centuries; in ancient Greece, certain rich citizens of one city-state would receive the status of proxenos for their relationship with another city-state.

Since 1963, the practice has been regulated via the Vienna Convention on Consular Relations, granting travel rights and limited immunity to honorary consults in the conduct of their work.

Albania embraced the practice as it reopened to the world with the collapse of communism in the early 1990s. Besides the Vienna Convention, Albania regulates the practice via Article 102 of the constitution, the law on consular functions, and a number of decisions and regulations issued by the foreign ministry.

But cases such as that of Ylli and Mimoza Ndroqi are not uncommon.

According to an international investigation published this month and led by ProPublica and the International Consortium of Investigative Journalists, ICIJ, at least 500 consuls or former consuls around the world have been accused of criminal offences or been embroiled in scandal.

Some were convicted of serious crime or were accused of abusing their diplomatic status for personal benefit.

BIRN has identified four cases in which individuals appointed by Albania as honorary consuls in other countries were subsequently accused of crimes ranging from money laundering and fraud to violating the US Foreign Agents Act.

The foreign ministry told BIRN that in each case nothing untoward was detected in the verification stage that might prevent their appointment.

“In order to forestall the repetition of such a situation in the future, the ministry long ago undertook extra measures of evaluation and verification of the persons proposed as honorary consuls,” the ministry said in a written answer.

Kosovo’s foreign ministry did not respond to a request for comment regarding Mimoza Ndroqi’s appointment in Albania. Her husband, Ylli, reached via his lawyer, did not respond with regards the special prosecution accusations against him, nor a previous arrest in Turkey in 2008 on drug trafficking charges. Authorities confiscated his assets in November.

According to the Albanian foreign ministry, the process of appointing an honorary consul in another country starts in the Albanian embassy in that country, which must carry out the first checks.

Any candidate must provide proof from their country of origin that they do not have a criminal record. The appointment, to a five-year term, is made by the Albanian foreign minister and signed with his or her counterpart in the other country.

Honorary consuls are frequently prominent business people who can afford the cost of running a consular office.

Albanian former foreign minister Ditmir Bushati said he recalled two cases during his tenure when candidates to represent Albania were rejected after law enforcement checks, while a third was refused by the other country, in that case Italy.

The foreign ministry told BIRN that, in the last two decades, it had not received a single verbal note informing it of a criminal investigation into the activities of any honorary consul representing Albania.

Publicly available data, however, shows that in at least two cases the mandates of honorary consuls of Albania were cut short.

In March 2019, the ministry terminated the mandate of Nitin Sandesara, the honorary consul of Albania in Nigeria, after an arrest warrant was issued against him in his native India on charges of bank fraud to the tune of $700 million. Media reports say the case is ongoing.

While characterising Sandesara’s alleged conduct as “an individual matter,” the ministry said in its decision that he risked damaging the reputation of the ministry and of the Albanian state.

In December the same year, the mandate of the honorary consul of Albania in Barcelona, Josep Maria Calmet Iglesias, was also cut short. An economist and businessman, Iglesias was placed under investigation in September 2020 on suspicion of money laundering in connection with a drug trafficking clan run by Simon Montero Jodorovich. Two other honorary consuls, representing Mali and Croatia, were also named alongside him. Iglesias denied any wrongdoing.

It is unclear whether there was any connection between the investigation and the decision to cut short his mandate as honorary consul.

Albania’s former ambassador in Spain, Plator Nesturi, told BIRN that at around the same time the mandates of a number of honorary consuls in Barcelona were terminated by the Spanish government in Madrid over their public support for Catalan independence.

In a report to the Spanish government in 2019, investigators of Mossos d’Esquadra, the autonomous police force of Catalonia, complained about a lack of proper supervision as to the activities of honorary consuls.

“They operate in an autonomous way and are not controlled by the state that they represent,” the investigators wrote. “The Government of Spain cannot intervene in their activity beyond cancelling their mandate, which is a very aggressive measure on the diplomatic level.”

This year, in May, Italian media reported that Maurizio Veccia, head of cardiology at Luigi Sacco hospital in Milan and a former honorary consul for Albania, was placed under investigation on suspicion of fraud and misappropriation of public funds, accusations Veccia denies.

According to the Albanian foreign ministry, Veccia was appointed honorary consul in the Italian town of Monza in 2012. His mandate was renewed in 2017 and had ended by the time he was placed under investigation.

They’re not all bad, says ex-minister
Another honorary consul of Albania to face criminal charges is Kamil Ekim Alptekin, a Turkish businessman and friend of Lulzim Basha, former leader of the opposition Democratic Party and a former mayor of Tirana.

According to the foreign ministry, Alptekin was appointed honorary consul of Albania in Adapazar, northwestern Turkey, in January 2010 for a four-year period.

Though his mandate was not renewed, Alptekin was identified as honorary consult of Albania in 2017 by United States authorities when they filed charges against him in federal court for allegedly paying, in collaboration with others, hundreds of thousands of dollars to try to secure the extradition of Fethullah Gulen, a US-based Turkish cleric accused by Ankara of masterminding a failed 2016 coup.

Alptekin, who also holds Dutch citizenship, is also accused of making false statements to the FBI. He has denied all charges.

Despite such controversies, Bushati, the former foreign minister, defended the practice of appointing honorary consuls, saying the problem lies not in the procedures and that some do good work.

“If the verifications are adequately carried out, the current procedure is enough,” he said.

“Some of them do an excellent work; some use the status just to show off.” But, he added, “Small countries cannot do without them.”