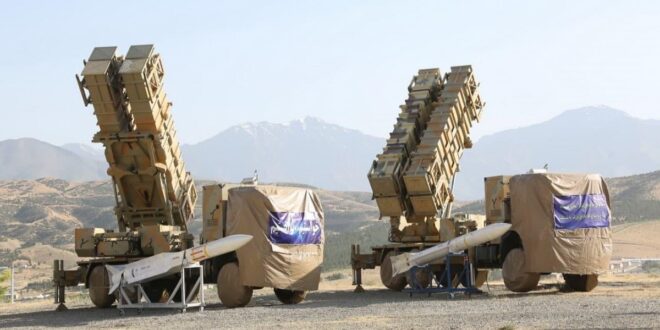 Iran has significantly stepped up its air defense systems deployment to Syria over the past two years, according to a 10 January report released by Newsweek citing an anonymous intelligence official from “a nation allied” with Washington.

As part of this boost in the supply of defense technology to Damascus, the report states that these deliveries include the latest generation of the locally produced Iranian Bavar-373 system and are aimed at helping Syria curb illegal Israeli airstrikes in its territory.

Over the last two years, Tehran has been “promoting the deployment of aerial defense capabilities … in Syria at the cost of tens of millions of dollars to deal with the Israeli airstrikes,” the Newsweek report states.

“The promotion of these capabilities is carried out as a project shared with the Syrian army … In addition, the Iranians assisted the Syrians in upgrading their radar array, designed to aid in the detection and prevention of Israeli attacks,” the report adds.

Iran’s Defense Ministry has revealed that the Bavar-373 system is “able to detect and destroy stealth fighter aircraft such as the American F-35,” an aircraft commonly used by Israel. Additionally, it has improved capabilities for intercepting air and missile attacks.

Since 2017, Israel has been launching attacks against alleged Iranian and Hezbollah targets in Syria. It has recently intensified attacks on Syria’s major airports to halt Tehran’s increasing use of aerial supply lines to deliver arms to its allies in Syria, Lebanon, and the occupied Palestinian territories, regional diplomatic and intelligence sources say.

In 2018, Syrian troops accidentally downed a Russian aircraft, mistakenly thinking it was an Israeli jet that had earlier infiltrated the country’s airspace to carry out strikes.

Moscow held Israel responsible for the incident, which left over a dozen Russian servicemen dead, prompting Russia to respond by delivering its renowned S-300 missile defense system to Syria.

The S-300s are reportedly only manned by the Russian military in Syria. Since Damascus’ acquisition of the system, many have speculated that the Syrian army is not permitted to use them (as a Russian measure to avoid escalation with Israel, given that Moscow and Tel Aviv regularly coordinate with each other in Syria). Others have offered different points of view, however.

In 2020, Syrian war analyst and commentator Kevork Almassian, suggested that Syria “won’t use the S-300 system, even if it is installed and the soldiers are well trained until a serious war erupts with Israel … The element of surprise is essential in military science.”