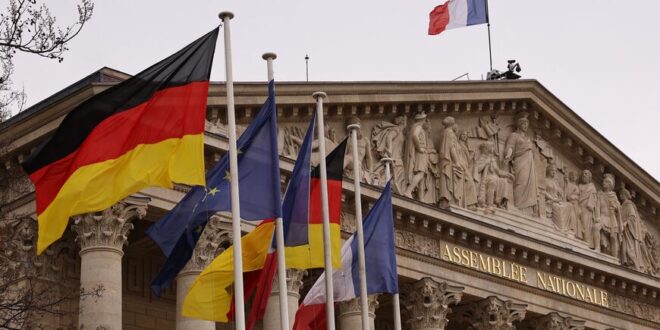 European foreign ministers have added 37 names to the list of Iranian individuals and entities subject to sanctions, but did not call for designating the Islamic Revolutionary Guard Corps as terrorist group.

European Foreign Ministers agreed Monday on a fourth round of sanctions against 37 Iranian nationals and entities over Tehran’s repeated human rights violations, but it stopped short of designating the Islamic Revolutionary Guard Corps as a terrorist group.

The Swedish presidency of the European Union confirmed the measures in the morning session of the monthly foreign affairs meeting. No details have yet been published.

“At today’s foreign affairs council, the Ministers adopted a new package of sanctions against Iran, targeting those driving the repression. The EU strongly condemns the brutal and disproportionate use of force by the Iranian authorities against peaceful protesters,” tweeted the Swedish presidency.

The European list, published in the EU official journal on Monday, includes one Iranian cabinet member – sports and youth minister Hamid Sajjadi. Others on the list are governors, mostly in the areas that suffered strong repression, such as the Sistan, Baluchestan and Kurdistan provinces, regional IRGC commanders, Basij Resistance Force commanders, Parliamentarians identified with the IRGC, and senior officials at the Islamic Republic of Iranian Broadcasting (IRIB) authority.

Shortly after the announcement by the Swedish presidency, the British government released a statement saying it was also increasing sanctions against Iran. Among the Iranians sanctioned by London are Iranian Deputy Prosecutor General Ahmad Fazelian, Commander of the IRGC ground forces Kiyumars Heidari and his deputy Hossein Nejat, the Basij militia and its commander Salar Abnoush.

The British statement read, “These sanctions, alongside designations by the European Union and the United States, demonstrate the international community’s unified condemnation of the horrific violence the Iranian regime is inflicting on its own people.”

Despite calls last week by the European Parliament to blacklist the Islamic Revolutionary Guard Corps (IRGC) as a terror group, the ministers did not take action in that direction. EU foreign policy chief Josep Borrell said on Monday that it was first up to a European Court to decide that the IRGC was a terror group before the ministers could blacklist it. Borrell said, “It is something that cannot be decided without a court. A court decision first. You cannot say, I consider you a terrorist because I don’t like you.”

Last Thursday, the European Parliament passed a resolution with an overwhelming majority calling on EU member states to sanction the most senior leadership in Tehran and to blacklist the IRGC. President of the European Commission Ursula von der Leyen backed the addition of the IRGC to the list of terror groups last week, but Borrell has been much more cautious on the issue, apparently fearing that such a move would end all dialogue between Brussels and Tehran and foil all hopes for a renewed nuclear deal with Iran.

Several European foreign ministers and spokespeople have expressed their support for more sanctions on Iran. Austrian Foreign Minister Alexander Schallenberg said Iran “is on a collision course with not only the international community, as far as the safeties of the nuclear program are concerned, but also with its own people, with the brutal crackdown of the civil society movement.”

“The focus of our policy currently is increasing pressure on the Iranian regime,” a spokesperson for the German Foreign Ministry said.

European diplomats have said that a fifth wave of sanctions is already being discussed.