OCCUPIED JERUSALEM (AP) â€” The first group of Jewish settlers announced Saturday they plan to move out of their Gaza Strip homes next month, several weeks before the army is officially set to withdraw from the coastal area.
The 40 settler families from northern Gaza make up only a small fraction of the 1,600 families slated for evacuation this summer. But Saturday’s announcement is the latest sign that Jewish settlers are coming to terms with Prime Minister Ariel Sharon’s decision to evacuate the Gaza Strip and four West Bank settlements.

At least 500 families have already reached agreement with the government on compensation and relocation, but none have officially announced when they will move.

Many Jewish settlers have vowed to resist the evacuation to the bitter-end. Dozens have holed up in a Gaza Strip hotel, stocking up on food and water in expectation of a fierce battle â€” which they say will be nonviolent â€” with Israeli security forces who come to remove them.

David Saadon, the settler who represented the 40 families in their talks with the government, said they decided to move out of their homes in the settlements of Elei Sinai, Dugit and Nissanit in July because they do not want to witness a harsh forced evacuation.

“The move is already difficult,” Saadon told the Associated Press. “I don’t think there will be physical confrontation but there will be resistance and I don’t want my children to see this.” Most of the 40 families Saadon represents will be moving to temporary homes in Or Haner, a kibbutz or communal farm in southern Israel. They will live on the kibbutz until they complete construction of their homes in the nearby community of Beit Hadar, Saadon added.

After they move, the army will seal the homes to prevent the takeover of the structures by people who want to resist the evacuation. Later, the homes will be demolished by Israel, and the Palestinians will remove the rubble, in one sign the sides are trying to coordinate the complex withdrawal.

However, it is unclear whether Palestinian leader Mahmoud Abbas will be able to prevent fighters from firing on Israeli troops and settlers during the evacuation. Abbas insisted Saturday he would not allow “looters” to rampage the settlements after the Israeli withdrawal.

“We want this to be quiet and clean,” Abbas said. “We are preparing ourselves to be ready … to take control of these settlements and to preserve the properties because it is property the Palestinian people can use.” But with lawlessness and chaos rampant in Palestinian towns and cities, Abbas faces the challenge of co-opting fighters and strengthening his security forces, which were ravaged during more than four years of fighting with Israel.

On Saturday, Palestinian police in the West Bank town of Jenin had still not found a man accused of being involved in a shooting attack that killed a police officer.

“There is some chaos, some anarchy and it harms our citizens but we will fight it with wisdom and decisive action,” Abbas said Saturday.

Meanwhile, Israeli troops evacuated two army positions in the West Bank city of Hebron, including one in a Palestinian elementary school, the army said Saturday.

About 2,000 Palestinian students had been forced to transfer schools in 2002 after troops took over the educational complex to establish an army post, said Mohammed Qawasme, the director of the education department in Hebron. Troops damaged the school buildings and it will take a year to reopen the facility, he added.

The army evacuated a second position in Hebron on Saturday, setting up a smaller observation post closer to the Jewish settlement in the city.

The Jewish settlement in the city of Hebron is a small enclave of some 400 hardline Jews who live in the midst of more than 160,000 Palestinians. Friction and clashes between the settlers and the Palestinians is common. 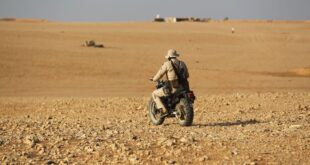 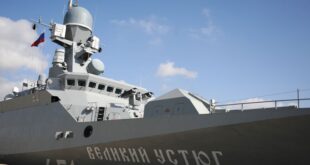