LONDON (AP) â€” The world reacted warily Saturday to a hardliner’s victory in Iran’s presidential election, with many nations expressing worries about Iran’s nuclear programme.
Many urged Iran to respond to international concerns about the programme, while Russia said it was willing to keep working with Iran on nuclear power plants. Several countries criticised the conduct of election.

British Foreign Secretary Jack Straw was sharply critical of the vote, saying there were “serious deficiencies” in the way it was run.

Many candidates were excluded and there were widespread complaints that security forces and other arms of the government had interfered improperly in the first round of the election, Straw said.

“As a result, the Iranian people had only a limited choice,” he said. “For the Iranian people to have a fully free choice about their country’s future, they should be able to vote for candidates who hold the full range of political views, not just candidates selected for them.” German Foreign Minister Joschka Fischer expressed similar concerns in an open letter to be published in the Bild am Sonntag weekly on Sunday.

In Washington, White House Spokeswoman Maria Tamburri said Saturday that the United States was concerned about the fairness of the election.

“We strongly support free and fair elections through which the Iranian people can express their will,” Tamburri said.

“We have expressed our clear concerns about the recent elections where over 1,000 candidates were disqualified from running, and there were many allegations of election fraud and interference,” she said. “We continue to stand with those who call for greater freedoms for the Iranian people.” Mahmoud Ahmadinejad, the hardline conservative mayor of Tehran, beat his relatively moderate rival Ayatollah Hashemi Rafsanjani. His triumph extends the conservatives’ control in Iran and could lead to a return to social restrictions that were commonplace after the 1979 Islamic revolution.

Straw urged the new president to “take early steps to address international concerns about its nuclear programme and policies towards terrorism, human rights and the Middle East peace process.” France, Britain and Germany have been negotiating with Iran on its nuclear programme, offering economic incentives in the hope of persuading the country to put a permanent halt to uranium enrichment.

The Iranian foreign ministry said Friday that a permanent suspension was “not in the cards” whatever the outcome of the vote.

Iran suspended all uranium enrichment-related activities in November to avoid having its nuclear programme referred to the UN Security Council for possible sanctions. Iran insists its enrichment activities are for civilian uses only â€” not to make nuclear weapons, as the United States claims.

Ahmadinejad signalled during his campaign that he was likely to take a much tougher stance in the talks.

“We express the wish that the newly-elected Iranian authorities can continue the work that we, European diplomats, started with the goal of suspending (uranium enrichment) activities,” Douste-Blazy said.

Germany’s Fischer said he expected the talks to continue and that Iran “must produce objective guarantees that its nuclear programme will be used exclusively for peaceful objectives.” He said the Europeans would continue to push for increased democracy and human rights in Iran.

Russia, which is working on one nuclear plant in Iran and has offered to build more, said it was ready to keep cooperating as long as international agreements were observed.

Moscow won a deal in February that obliges Iran to return spent nuclear fuel from the plant it’s building in Iran’s southern port city of Bushehr. The agreement was aimed at decreasing the chances of Iran extracting plutonium for use in weapons.

“We are ready to continue cooperation with Iran in the nuclear energy sphere with respect to our international obligations” Russian President Vladimir Putin said in a congratulatory letter to Ahmadinejad.

In Indonesia, radical Islamists cheered news of the hardliner’s victory, while the government responded more cautiously.

“I’m glad and happy to know Iran’s result,” said Irfan Awwas, a leader of Majelis Mujahiddin Indonesia, an extremist group. Its founder, Abu Bakar Bashir, is in jail for his role in the 2002 Bali bombings that killed 202 people.

A spokesman for Indonesia’s foreign ministry congratulated Iranians for their support for the electoral process.

In Pakistan, Allama Hassan Turabi, a senior Shiite leader, said the vote was a defeat for forces seeking to mend fences with the United States. Muslim scholar Komaruddin Hidayat attributed the hardliner’s victory to anger over US foreign policy. 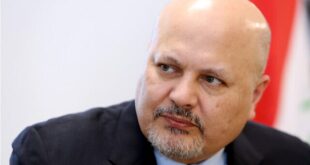 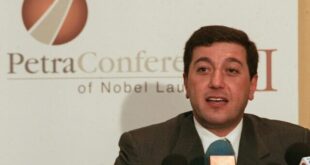 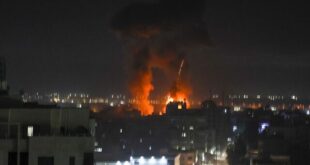