Amnesty International today released disturbing new findings from its latest field research mission which show there is no end to gross human rights violations in Chechnya and Ingushetia with the Russian authorities implicated in the torture, abduction and secret detention of civilians. Amnesty International says Russia’s “war on terror” is being used as an excuse for systematic human rights abuses.

The human rights organization published details of abuses documented by its researchers who returned from the region this week. Their findings were released today simultaneously in London, Brussels and Moscow (see details below) in the lead-up to next week’s EU-Russia summit in London on Tuesday 4 October 2005.

In a briefing paper, Amnesty International said it had detected a new trend in the human rights abuses in the North Caucasus. People are reportedly being arbitrarily detained and held in incommunicado detention, where they are subjected to torture and ill-treatment, in order to force them to confess to crimes that they have not committed. Once they have signed a â€œconfessionâ€ they are reportedly transferred to another detention facility where they have access to a lawyer of their choice and relatives; but the confession seems to be enough â€œevidenceâ€ to secure their conviction.

Amnesty International says the European Union, as a collective body committed to upholding basic human rights, cannot ignore these findings. It calls upon the UK Prime Minister Tony Blair, representing the EU Presidency at next week’s summit, to make it clear to Russian President Vladimir Putin that the torture and â€œdisappearanceâ€ of men and women is inexcusable and must stop.

Amnesty International also calls upon Russian President Vladimir Putin to make a clear statement to the EU and give public assurances that his government will take immediate action to halt abuses and ensure effective investigations and prosecutions of those suspected of committing crimes, and affirm the Russian Federationâ€™s commitment to uphold international human rights standards 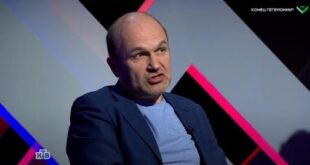 Russian Foreign Affairs Columnist Yusin: Russia Is Overdoing It In Selling The Taliban As Worthy Interlocutors