When the bombs fall, Lebanese head for hills

BROUMANA â€” Twenty-seven years ago Lana Sayegh, then just 15 days old, first visited this village in the hills above Beirut in the arms of anxious parents seeking refuge from Lebanon’s raging civil war.

“It’s the same thing all over again,” says her resigned father Edward, sitting in the garden of his sister’s summer home, playing backgammon with his daughter, while his wife quietly does a crossword puzzle.

With Israeli warplanes raining missiles on their cities, the Lebanese are responding as they have for centuries: They’re heading for the hills.

For those who have the means to escape to quaint mountain villages such as Broumana, life is pleasant, even as explosions echo up from the coastal cities far below.

Private gardens and villa patios are alive as those with homes here take in friends and family from the country’s war-battered neighbourhoods and villages.

Hotels are overbooked, restaurants are brimming, and traffic is bumper to bumper on the winding tree lined roads.

Teenagers play the latest video games at crowded outdoor cyber cafes, while cliques of 20-somethingÂ  cruise with the windows down in SUVs and girls with low-cut tank tops laugh in open air cafes with names like Manhattan, the Grand Cafe and Via Veneto.

They come here to forget their woes and the bloody Israeli siege that followed the kidnap of two soldiers by Hizbollah fighters and has taken over 300 lives in just nine days.

“You forget everything here. You don’t feel like you’re living in a state of war,” says Danielle Audi, 19, eating an ice cream.

“We feel safe because there is no Hizbollah here,” and thus not a target for the Israeli forces, she added.

For these carefree youths, it’s easy to forget the suffering below. For their parents, however, returning to this hilltop refuge recalls painful memories â€” the devastating 15-year civil war that only ended in 1990.

“How is it possible that we have 15 years with no war and now we come back to exactly the point where we left off?” wonders Claude Sayegh, an architect, and Lana’s aunt.

Lebanese Prime Minister Fuad Siniora spoke Wednesday of his people’s historic steadfastness in war. “We have survived wars and destruction over the ages. We shall do so again,” he said.

The secret to his people’s knack for survival, says Tamam Ghandour, who fled the south Lebanese village of Nabatiyeh with his wife and two children, is these mountains.

When the Israeli planes returned to southern Lebanon last week, Ghandour came to Broumana, instinctively doing as his parents had done over two decades ago.

“When the Israelis invaded in 1982, our father took us here to this same village,” says Ghandour. “Since then, it has always been in the back of our mind that this is where we come when we are in danger.” Before it was Israel, besieged Lebanese scrambled to the hills fleeing Crusaders, Mamluks and Mongols.

For the country’s historically persecuted Christian and Druze minorities, Mount Lebanon holds a valuable place in their collective histories, regarded as a repeated saviour from persecution.

“Every time there is war in Lebanon, people run immediately from the cities to the mountains,” says the elder Sayegh.

At Broumana’s Le Crillon Hotel, a throwback to the 1970s with threadbare Ottomans and dizzying views, Sunni, Shiite and Christian evacuees with money mix in the lounge.

This exclusively Christian community suddenly finds itself brimming with Shiite and Sunni Muslims from bombed out Beirut neighbourhoods or from villages in the south.

“We’re calling this place the Switzerland of Lebanon because we’re trying to escape from the sad and bitter decisions that others have taken down there,” says the hotel’s receptionist, Ghada Ghanem, gesturing to Beirut, 40 minutes away.

For Maria Therese Haje, 47, a Christian, this is a sort of payback.

“During the civil war, when the Syrians turned on the Christians, Muslims gave us shelter in Tripoli,” she recalls. “And now they are coming to stay with us here.” Haje sits with her family in the garden of the Grand Cafe, a generous spread of Lebanese mezzes before her.

“We sit here in nice cafes but we’re not happy,” she says. “Why do the Lebanese always have to be the ones to suffer?”

Post Views: 40
Previous Tale of two cities for US evacuee: Beirut and Baghdad
Next Beirut suburbs reduced to rubble 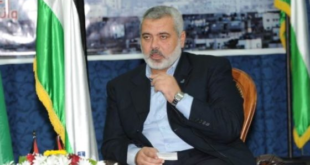