HEILIGENDAMM, Germany (AP) â€” Russian President Vladimir Putin, bitterly opposed to a US missile shield in eastern Europe, told US President George W. Bush on Thursday that Moscow would drop its objections if the system were installed in Azerbaijan.

Putin told Bush he would not seek to retarget Russian missiles on Europe if the United States agreed to put the system in the Azerbaijan, a former Soviet republic on the Caspian Sea that borders Iran. Bush’s reaction: “Interesting proposal â€” let’s let our experts have a look at it,” according to White House National Security Adviser Stephen Hadley.

The talks were their first since the dispute erupted earlier this year. Bush has proposed basing the radar in the Czech Republic and interceptor rockets in Poland, rousing Moscow’s suspicions that a system built in its backyard had to be aimed at it.

The United States insisted the shield was aimed at any potential nuclear threat from Iran, not Russia.

But Moscow has declared the explanation “insufficient.” With the dispute flaring in recent days into Cold War-style rhetoric, Putin’s Azerbaijan proposal came as a surprise.

US officials scrambled to react afterward. “I think President Putin wanted to de-escalate the tensions a little bit on this issue, and I think it was a useful thing that he did,” Hadley told a few reporters. Putin said Russia currently rents an existing radar station built in Azerbaijan during Soviet times.

The Soviet military built the Gabala radar station to track missiles, in 2002, Russia leased it for 10 years with the right to post 1,500 servicemen at the station, Russia’s only military presence in country.

Putin argued the benefits of his suggested substitute: An Azerbaijan-based system would cover all of Europe rather than just part of it, and destroyed missile debris would fall in the ocean rather than on land.

There was no immediate comment from the Azerbaijani leadership.

Bush did not mention the proposal, saying only that Putin “made some interesting suggestions.” The two leaders agreed to discuss the issue further at talks next month at the Bush family vacation home in Maine.

“This will be a serious set of strategic discussions,” Bush said. “This is a serious issue, and we want to make sure that we all understand each other’s positions very clearly.” The Russian leader said the proposed relocation would alleviate Russia’s concerns about a European missile shield. “This will make it unnecessary for us to place our offensive complexes along the border with Europe,” Putin said.

He laid out several other conditions, as well:

â€” Giving all sides “equal access” to the system.

â€” Making the development of the system transparent.

“Then we will have no problem,” the Russian leader said.

He also warned the United States not to proceed with building the system as planned while negotiations with Moscow take place.

“We hope these consultations will not serve as cover for some unilateral action,” Putin said.

Hadley did not rule out the possibility that the end result would be some mix of the Russian and the US proposals. “We’ve asked the Russians to consider cooperating with us on ballistic missile defense and I think what we got was a willingness to do so,” he said carefully. “And the president’s approach is: We ought to take that.” US Missile Defense Agency spokesman Rick Lehner said he didn’t known whether Putin’s proposal would work. The agency looked at all of Europe, and “the interceptor and radar sites that met our requirements were Poland and the Czech Republic,” Lehner said.

Both sides portrayed Putin’s idea â€” far from becoming a reality â€” as proof that the US-Russia relationship has not deteriorated as much as people have speculated amid the dispute. The leaders said they agreed Iran is the threat to focus on, not each other.

Bush earlier this week put Russia on a par with China, calling US-Russian ties “complex” and saying democracy is being “derailed” under Putin. The remarks carried extra sting because they were delivered publicly and in the Czech Republic. The NATO membership of the former Soviet satellite, which threw off communism in 1989, is a thorn in Russia’s side.

Russia, in turn, is unhappy about US support for independence for the breakaway Serbian province of Kosovo.

It bristles at what it sees as US meddling in its affairs and its traditional sphere of influence.

Washington, meanwhile, is getting fed up with Putin for overseeing what the US perceives as an era of muzzled dissent and centralized power.

“We have an understanding about common threats, but we have differences,” Putin said.

He declared himself “satisfied with the spirit of openness” he encountered with Bush. The US president said they had demonstrated they share “the desire to work together to allay people’s fears”.Â  The two leaders, at loggerheads for weeks ahead of the much-anticipated meeting, appeared friendly, standing so close they often touched.

“I’d like to confirm what the president of the United States has said â€” except for one thing: I’ve not said that friends do not act in this way,” Putin said, to which both laughed heartily and jostled each other. 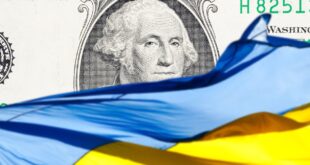