UNITED NATIONS – Russia on Wednesday backed its ally Serbia, saying Kosovo will never become a member of the United Nations or other international organizations if the breakaway province unilaterally declares independence.

The two million Albanians in the Serbian province are expected to declare independence sometime after Serbia’s presidential elections later this month.

Serbian President Boris Tadic said in a speech to the U.N. Security Council that his country would never recognize a sovereign Kosovo, a view the Russian ambassador to the United Nations, Vitaly Churkin, made clear Moscow shared.

As a permanent veto-wielding member of the 15-nation Security Council, which would have to approve Kosovo’s U.N. membership, Moscow would have the power to block any request from Pristina to join the United Nations.

But Churkin would not directly say whether Russia was prepared to block Kosovo’s U.N. membership.

Both Churkin and Tadic urged the Security Council to continue working to find a solution to the Kosovo problem that is acceptable to both Belgrade and Pristina. But diplomats say the time for such talks is over.

U.S. Ambassador Zalmay Khalilzad told reporters the Security Council was blocked and no longer had any role to play on the issue of Kosovo’s future status.

Churkin disagreed. “The matter is firmly locked in the Security Council,” he said.

Western diplomats say Russia has prevented the council from passing a resolution that would open the door to independence for Kosovo. But Churkin made clear that Moscow did not feel responsible for the impasse and hoped the council would discuss his idea of a “roadmap” that could resolve the Kosovo issue.

The United States and the vast majority of the 27-nation European Union would recognize Kosovo immediately after it announces it has become a sovereign state, Western diplomats say.

“Serbia will never recognize Kosovo’s independence and will preserve its territorial integrity and sovereignty by all democratic means, legal arguments and diplomacy,” Tadic told the council, adding “Serbia will not resort to violence and war.”

Khalilzad welcomed Tadic’s assurances and urged Belgrade not to use economic weapons like restricting the region’s access to water or electricity.

Kosovo’s newly elected prime minister, ethnic Albanian former guerrilla Hashim Thaci, also addressed the council. Afterward he said Pristina would not wait much longer to declare independence. “I am sure that the decision will be taken very soon,” he said.

Thaci shook hands with Tadic in the council chamber. A reporter asked him to describe the moment.

“We shook hands as the leaders of two independent countries,” Thaci said.

As the role of the United Nations in Kosovo shrinks, the EU plans take over U.N. police and justice functions, with NATO troops continuing to maintain order in an independent Kosovo.

Joachim Ruecker, the chief U.N. administrator in Kosovo, indicated the province could to stand on its own.

“Kosovo’s institutions are now ready for the next step,” he said. “If all sides have good will, I think we can achieve this.” 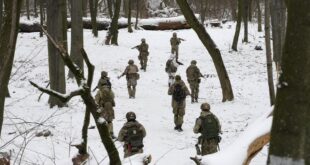 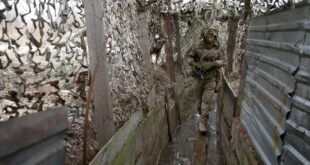 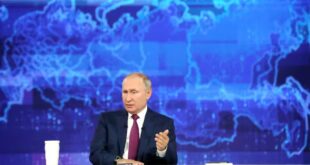