Britainâ€™s Treasury on Sunday voiced its readiness to support Islamic bonds, despite the continuing debate over Islamic laws in the country.

According to the Canadian Press, Treasury Secretary Alistair Darling, who will announce the annual budget on March 12, plans to issue Islamic bonds in a bid to involve his country in the fast-growing Islamic market. â€œWe want the City of London to be one of the global gateways for Islamic financial products,â€ a Treasury spokesman said, on condition of anonymity. Islamic law prohibits the charging or paying of interest, which has led to the development of a market in financial services in line with these principles. Williams, the countryâ€™s highest ranking Christian leader, suggested British Muslims should be able to resolve marital and financial disputes under Islamic law rather than in British law courts. His comments were rejected by Prime Minister Gordon Brown and this led to sharp criticism from other clerics and legislators. 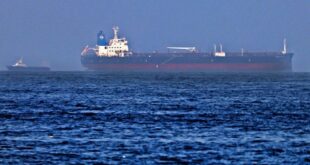 Iran JCPOA: A bridge too far?