Zawahiri made the threat in a videotaped eulogy to Abu Laith al-Libi, who was killed in Pakistan’s tribal region last month, according to a transcript e-mailed today by IntelCenter.

“No chief of ours has died a natural death. Nor has our blood been spilled without a response,” Zawahiri said in the 10-minute recording released yesterday by al-Qaeda’s media production group, as-Sahab.

Al-Libi was a senior leader in Osama bin Laden’s terrorist network. The U.S. military has said he helped organize the Feb. 27, 2007, bombing of an American air base at Bagram, Afghanistan, which killed 23 people. Vice President Dick Cheney, who was visiting, escaped uninjured.

Al-Libi was responsible for setting up al-Qaeda training camps in eastern Afghanistan near the Pakistani border, Xenia Dormandy, a former White House and State Department official now at Harvard University in Cambridge, Massachusetts, said in an interview last month.

He may have been killed in an attack by an unmanned U.S. aircraft on a site in Pakistan, Dormandy said.

Al-Libi “made the Americans drink draughts of death,” said Zawahiri, according to IntelCenter. He tore Pakistani President Pervez Musharraf’s “hunting dogs apart limb by limb in his ambushes and raids.”

The company, based in Alexandria, Virginia, provides counterterrorism intelligence support to the U.S., British, Australian and Canadian armed forces.

Zawahiri, an Egyptian-born cleric, makes frequent video and audio addresses for al-Qaeda. He said in a videotape released in September the U.S. is being defeated in Iraq and Afghanistan.

A month earlier, he called on Pakistani Muslims to attack Musharraf to avenge an army assault on pro-Taliban clerics in the capital, Islamabad. 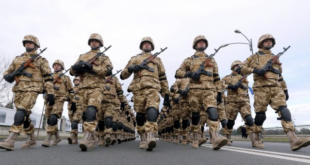 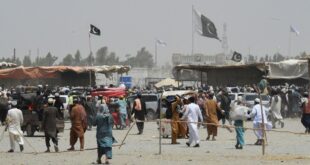 Afghanistan’s neighbors contend with Taliban at their borders

General Qamar Javed Bajwa the Chief of Army Staff of Pakistan, according to some media …