A woman’s eye on Afghanistan

Farzana Wahidy flips through the photographs she took of women in Afghanistan, shopping in the market, carrying babies on their shoulder, all while cloaked under a burqa. But few of her photos depict the violence and carnage of suicide bombers that the Western world associates with the war-torn nation. The young Afghan photojournalist wants to convey another story through her pictures, one of the struggle for equality by the women in her country.

Born in Kabul, the 23-year-old is one of the few female photojournalists in Afghanistan. And even six years after she picked up her first camera, Ms. Wahidy says she still hears the grunts of disapproval or feels the sticks that are thrown at her, the sentiment that comes with being a female photojournalist in a male-dominated profession, and in a country where women are not seen as equals.

“Every picture that came out of Afghanistan, they were mostly taken by men and foreign photojournalists.” And most were pictures of bloodshed, she says. “So I thought that could be something for me to do, show a picture of what Afghanistan is. I like pictures that show the difficulty of the lives of women, their daily lives.”

In 2002, Ms. Wahidy enrolled in a course at the Aina Photojournalism Institute, the first group in Afghanistan that allowed men and women to study the profession. Just 17 at the time, she lied and said she was 20 on the application so that she would be accepted. Two years later, she was freelancing for magazines and international media outlets leading up to a job with The Associated Press in 2007.

In an Afghanistan recently freed from Taliban rule, Ms. Wahidy said photography gave her a sense of freedom for the first time. “When I take pictures, sometimes I forget about everything around me and I love that.”

Now, her passion has brought her to Canada where she is studying a two-year photojournalism program at Loyalist College in Belleville.

Ms. Wahidy was set to give a speech on Friday at Carleton University, organized by the women’s studies department to honour International Women’s day today. Ms. Wahidy’s train was delayed and the speech was cancelled, but the department plans to reschedule the talk before the end of April.

Some of the photos Ms. Wahidy planned to show to her audience were shocking and disturbing. A small girl being kicked and beaten on the street by an older man, a woman’s hands burned and scarred, all a result of the violence that is common towards Afghan women.

Ms. Wahidy and several other female Afghan journalists have been featured in a photography exhibit called Voices on the Rise: Afghan Women Making the News. The exhibit debuted in Ottawa in 2006 and is now making its way across Canada.

While she tries to capture scenes of the life of the women in her country, Ms. Wahidy says her job takes her to gruesome scenes of suicide bombings, which remind her of the rocket attacks and the lives that were taken during the civil war. Â

Ms. Wahidy knows her job puts her in danger. Last year, two female journalists were killed in their homes and she says there are times when she is followed home at night.

But photojournalism is especially important in Afghanistan, says Ms. Wahidy. The majority of Afghans are illiterate, she says, which means that people get the story from the photos, not the words.

She says when she tells people she is a photojournalist, she gets many different responses. “From the women, mostly they tell me, ‘I wish I was like you,’ and ‘you’re so lucky.’ The men, some will say they don’t like it and that it’s not a women’s job.”

Ms. Wahidy said that she wants her work to serve as an outlet to teach women in her country about their rights so they can begin to stand up for them.

“It’s really hard for women to do this kind of job. But women, we have to start it. You can’t wait for someone to go get you your freedom.” 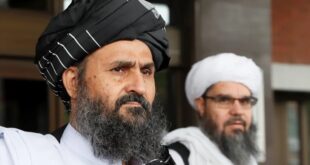 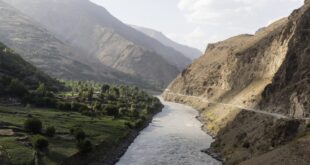 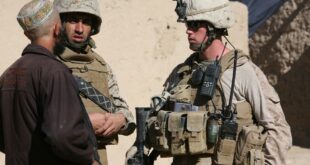