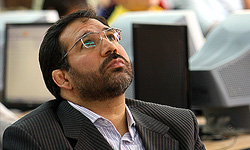 According to Tehran Times, Hosseini stressed on further cooperation between the two sides’ private sectors and called for the exchange of delegations of banking officials.

“Iranian officials have always wanted peace and safety for Bosnia,” he noted, adding that the finance ministry is prepared to streamline cooperation and sign necessary agreements.

Zirojevic expressed displeasure over the level of economic cooperation and called for bolstering Tehran- Sarajevo economic and political relations.

He said Bosnia welcomes financial and banking cooperation and said it would pave the way for Iran’s investment and participation in Bosnian projects.

With regard to Bosnia’s investment laws, he said, Bosnia and Herzegovina can be the best gate for Iran to attend European markets.

With regards to economic exchanges with Bosnia, Iran has exported and imported respectively over one million dollars and less than 2 million dollars worth of goods, in the last Iranian calendar year (ended March 19, 2008), which, Ghazanfari said, is less than enough considering the two sides political ties.

Up to now, Iran has inked only six memorandums of understanding with Bosnia on transportation, customs, investment, and commercial ties.

Iran and Bosnia, on June 21, agreed to broaden their trade and economic ties through participation in each other’s exhibitions. Iran’s International Exhibitions Company director, Mohammad Javad Salari and his Bosnian counterpart inked the MOU, the state-run tv reported.