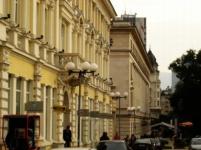 New financial leasing contracts in Bulgaria continued to dwindle in the final quarter of the year, totalling 936 million leva, down 15% from the three months before, showed central bank data.

As the financial meltdown began to make its way into the Bulgarian economy, the sector started to lose momentum both on the quarter and on the year. The financial and operational leasing market topped 5.82 billion leva (2.97 bln euros) in December 2008, compared to 3.66 billion leva a year earlier.

The growth rate fell to 59 per cent year-on-year in December 2008 from 77 per cent a year earlier.

In financial leasing, which makes up 98.8 per cent of the market, growth slowed to 59.6 per cent in December 2008, compared to 78 per cent just three months earlier.

Financial leasing for companies slammed the breaks, recording a single-figure growth of 7.3 per cent, down from double digits in the three quarters before. The market added up to 5.15 billion leva, slowing to 57.3 per cent year-on-year growth from 81.4 per cent in September

By contrast, household leasing contracts gained 75.6 per cent on the year to 527 million leva, compared to 52.4 per cent year-on-year at the end of the third quarter.

The machinery and industrial equipment leasing market rose 53.7 per cent to 1.55 billion leva, a smaller drop from the 59.4 year-on-year growth rate in September.

Lorries leasing contracts topped 1.54 billion leva, up 58 per cent, compared to 80.3 per cent recorded in September.